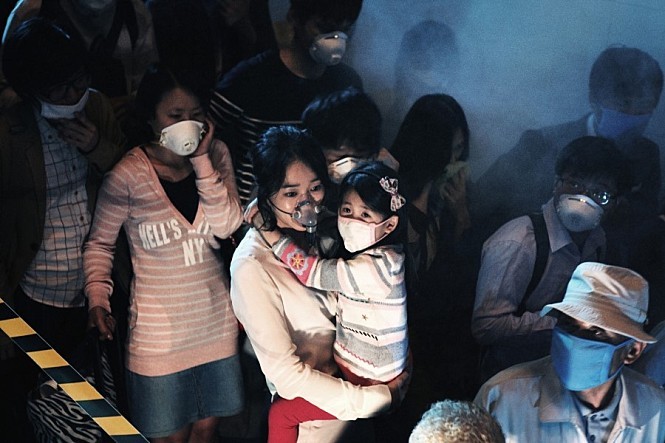 "The Flu" (CJ Entertainment)
Virus fears are not just present in reality, but also on the big screen.
American director Steven Soderbergh’s 2011 film “Contagion” portrays the spread of a deadly virus. The details -- from the outbreak of the virus to the symptoms and even the wickedness of humankind amid the chaos -- seem almost prophetic considering what was to come in nine years.

Maybe it is the desire to put the invisible culprit threatening and constraining us inside our homes in front of our eyes, or it may be curiosity about what comes at the end of this prolonged and still worsening virus pandemic engulfing our society. Whatever the reason be, old films on the spread of deadly viral diseases are reshuffling the charts of video streaming platforms, reflecting people’s anxieties, and their inclination to dig deeper into the fear.

Here are five other disaster films to watch along with “Contagion.”

One of the first films to shoot up the charts following the COVID-19 outbreak, “The Flu” may be the South Korean version of “Contagion.” A mysterious virus enters Korean society and spreads fast through Seongnam, a city just south of Seoul. With no vaccine for the fatal disease and the virus spreading to three people every second, the government decides to shut down the city. The panic among people as they desperately try to survive the hopeless time, the horror of being left to die once infected, and the fight between those inside and outside the quarantined area are portrayed realistically in the film. The film, directed by Kim Sung-soo, features Soo Ae and Jang Hyuck.

“The Flu” can be watched on Watcha and Netflix.

At the break of dawn, corpses that are nothing more than skin and bone are found floating on the river. People infected by this new disease are brainwashed and plunge into the water. Parasitic hairworms are the cause of this unexplainable disease, which is 100 percent fatal. Scenes depicting people swarming pharmacies to buy parasiticides resemble the current situation, where people line up to buy masks to prevent COVID-19. Veteran actor Kim Myung-min plays Jae-hyuk, a pharmaceutical company salesman whose wife and children become infected by the hairworm, and who strives to find a cure. A conspiracy spreads that a team of researchers in a big pharmaceutical company created an unknown disease and are stockpiling the only drug that works so they can profit from the epidemic.

“Deranged” can be seen on Netflix and Watcha. 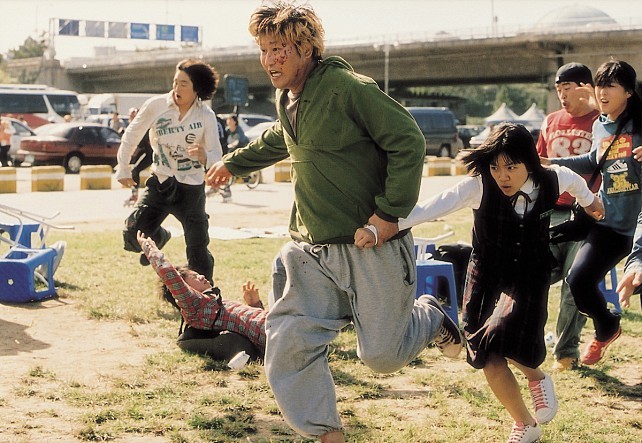 An earlier work from auteur Bong Joon-ho, sci-fi thriller “The Host” may not be one of the cliche disaster films that many expect. The story revolves around a giant monster, a mutant that sprang up as a result of the chemicals flushed into the Han River by scientists within the US army and is now rampaging around the river and killing people. Song Kang-ho plays a father who struggles to rescue his daughter from the monster. As Bong’s first commercially successful film, “The Host” is another of his genre-bending social satires.

What would happen if the human race could no longer reproduce? This science-fiction thriller by maestro Alfonso Cuaron may not be the first film to pop to mind when asked about disaster films. The film, based on P.D. James’ 1992 novel of the same title, portrays the dystopia following a global pandemic. Set 18 years after a plague of infertility puts the human race in danger of extinction, the film depicts what may be the bleakest and most depressing final moments of the world. Social boundaries of the global economy and national borders are virtually nonexistent. Clive Owen stars as the man who travels around the apocalyptic country, protecting a pregnant woman, who may be the last hope for humanity.

“Children of Men” can be seen on Watcha and YouTube. 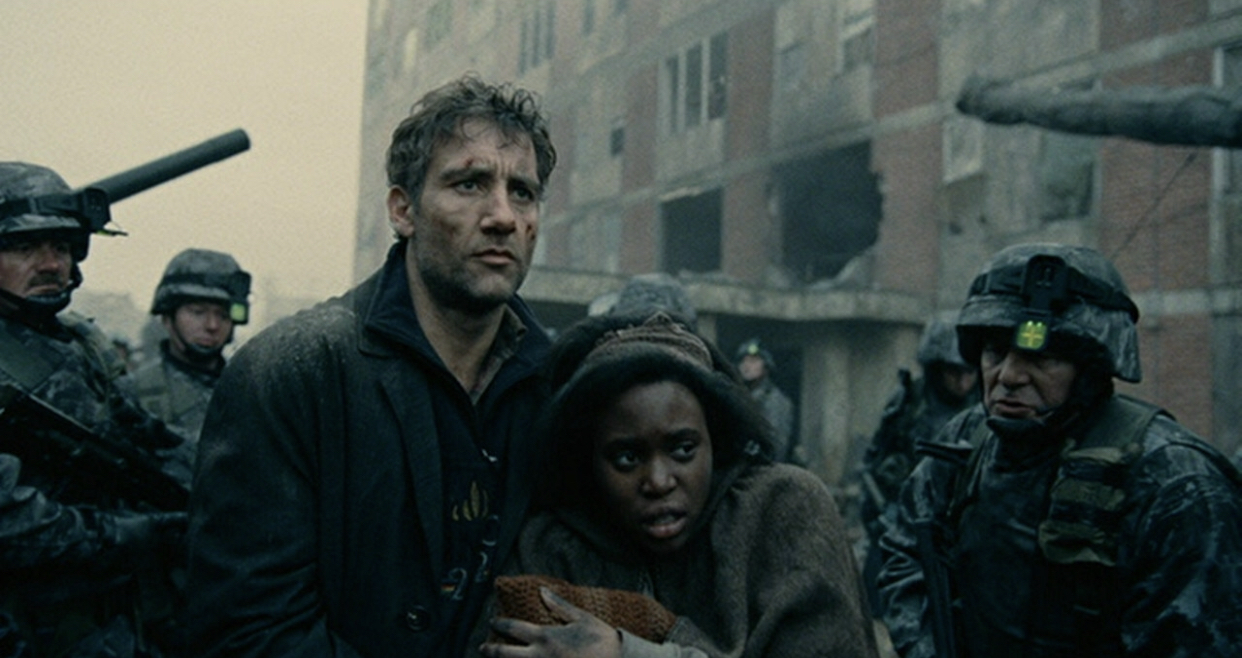 Almost exactly 25 years ago, the classic virus-pandemic flick “Outbreak” opened in theaters in the US. Dustin Hoffman stars as Sam Daniels, an infectious disease specialist in the US military, who must find the cure for the Ebola-like virus that plagues a small town in California. While Daniels must thwart the virus, which kills an infected person within hours by destroying major organs, the army doctor must also fight forces in the military trying to hide the dark secret behind the virus.
“Outbreak” is available on Watcha.