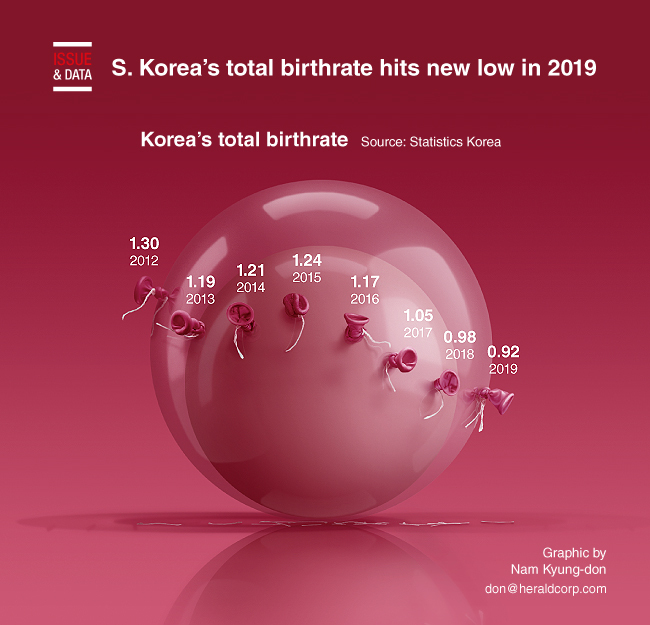 South Korea’s birthrate hit an all-time low in 2019, government data shows, a clear sign of a coming population decline down the road.

The country’s total birthrate, which refers to the average number of children a woman bears in her lifetime, came to 0.92 last year, down from 0.98 a year earlier, according to data from Statistics Korea.

Last year marked the second consecutive year for the rate to fall below 1. South Korea was the only member of the Organization for Economic Cooperation and Development that showed a rate below 1. (Yonhap)