[Serendipity] Do not let virus destroy us 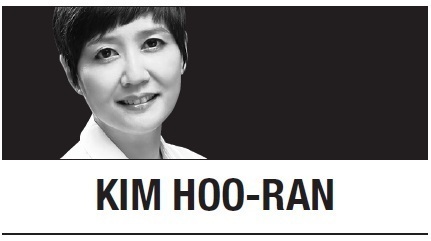 The entire country, and increasingly the world, is gripped by the fear of a possible viral pandemic.

In South Korea, what seemed at first controllable is now virtually out of control, with new confirmed cases of novel coronavirus infections growing by the hundreds every day and the number of deaths -- most of patients already in poor health with preexisting conditions -- climbing as well.

The government has been releasing information on the infected, providing a timeline of their whereabouts before they were diagnosed with the infection. The goal is to alert people who may have come in contact with the patients so they can watch for symptoms and get tested promptly.

However, what was intended to help people protect themselves has had unintended consequences. Restaurants, shops and cinemas, which were disinfected and shut down for a number of days after a known patient passed through, continue to be shunned by the public.

Even more disconcerting is the public condemnation of the “super spreaders” who infected multiple people. People express outrage that the infected people spread the disease as they went about their lives. It would be fair to say, however, that most of the infected, especially those who had no history of travel to China, thought they had just come down with a cold, and thus went about as usual, all the while unknowingly infecting others. Some report not having had any symptoms at all.

The spread of the virus among followers of the Shincheonji Church of Jesus is responsible for the sudden escalation in the number of confirmed cases. The religious group, declared a cult by several Protestant groups, brought public ire onto themselves by continuing to hide the truth about church membership and the locations of churches and affiliated facilities.

The stigma attached to a “cult” makes it difficult for members to identify themselves as such, and Daegu, where a Shincheonji church is thought to be the origin of a large infection cluster, took the proactive step of testing all members in the list provided by the church who report having symptoms.

Another worrying development is the possibility of mass outbreaks at megachurches. A pastor at Myungsung Church in Seoul with more than 80,000 followers was confirmed with COVID-19 after attending a funeral in Daegu on Feb. 14. The pastor participated in numerous church services and activities before being diagnosed Tuesday.

Myungsung Church and Somang Church, another megachurch in Seoul whose choir member was infected, have announced the suspension of Sunday services. It is unfortunate that the churches took action after the fact. Now there is a possibility of these churches becoming the origins of infection clusters. Megachurches should immediately suspend Sunday services to prevent mass outbreaks.

With the highest infectious disease alert in place, people’s nerves are frayed and there are signs that a witch hunt is afoot. Fake news and dubious information compound the public’s anxiety. It does not help when politicians carry on with their usual game, accusing one another of causing the current situation, and exploit the crisis to their advantage, mindful of the April general election.

The virus is the unseen enemy, not the infected people. One of the earlier patients, who has since recovered, was reported to have been very stressed by hostile and critical comments online.

Instead of looking for people to blame, we need to focus all efforts and resources into containing the virus. Witch hunts will only exacerbate the problem, discouraging people with symptoms from getting tested.

We are all potential hosts of the virus. At this point, we should conduct ourselves as if we were all carrying the virus and err on the side of caution.

Health experts say that staying home is the key to containing the spread, especially in the coming days.

So, this weekend, stay home.

Do something relaxing and calming to take your mind off the 24/7 news of the virus. Don’t let the virus destroy our humanity.

The writer is the culture desk editor of The Korea Herald. –Ed.