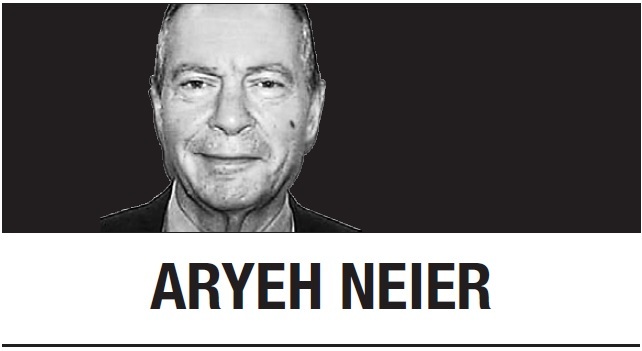 Before the world had any knowledge of the new coronavirus that has sparked a global panic a Wuhan-based ophthalmologist, Li Wenliang, noticed something strange in a few patients.

They seemed to have contracted an unfamiliar virus that resembled severe acute respiratory syndrome, which hobbled China nearly a generation ago. A few days later, after Li had sent a warning message to several doctors in a group chat, the 34-year-old doctor was summoned by the police, who forced him to sign a letter confessing to “making false comments” that had “disrupted the social order.” Li is now dead, a victim of the very virus -- now called COVID-19 -- about which he sounded the alarm.

Li’s death -- together with further revelations of China’s efforts to silence COVID-19 whistleblowers -- has sparked global outrage, and rightly so. Had the government been more concerned about protecting public health than suppressing unflattering information, it may have been able to prevent the virus from spreading. So far, COVID-19 has infected more than 74,000 in China alone, with over 2,000 dead.

And yet this is not the first time that the denial of freedom of speech has been linked to a deadly public health emergency in China. When the SARS epidemic began in 2002, the Chinese authorities also initially attempted to cover it up.

Fortunately, Hu Shuli -- the founder and managing editor of Caijing, a business weekly -- exposed officials’ machinations relatively quickly. After learning that patients in Beijing had mysterious fevers, she sent journalists to hospitals to interview physicians. Caijing’s reporting helped force China’s leaders to acknowledge SARS publicly -- the first step toward bringing the virus under control. Still, by the time SARS was contained, the virus had spread to more than 8,000 people worldwide and killed almost 800.

But repression of free speech in China has an even more disturbing public-health pedigree. It also played a significant role in enabling the devastation caused by Mao Zedong’s Great Leap Forward -- the greatest calamity China has faced since the Communist Party took power in 1949.

In 1958, Mao decided that, in order to achieve rapid industrialization, villagers should be forcibly herded into communes, where they would perform industrial tasks that elsewhere would have relied on machines and factories. For example, millions were tasked with producing steel in small backyard furnaces, often by melting down farming implements.

By diverting labor into highly inefficient small-scale industry, the Great Leap Forward gutted agricultural production, resulting in severe food shortages, which persisted even after the initiative was ended in 1960. According to the Chinese journalist Yang Jisheng -- whose authoritative account of the resulting famine, based on two decades of research, was published in Hong Kong in 2008 -- no fewer than 36 million Chinese starved to death between 1958 and 1962.

As with COVID-19, vital information about the calamitous consequences of the Great Leap Forward was suppressed from the very beginning. At first, the central government authorities were largely unaware of the disaster unfolding in the countryside, owing to local officials’ reluctance to relay information that might be deemed critical of Mao.

But even when China’s top leaders learned of the famine, they kept the matter quiet, rather than appealing for outside assistance. Protecting Mao’s reputation was the top priority, and, given China’s extreme international isolation at the time, the outside world would not find out unless the Chinese told them.

Suppression of the truth about the Great Leap Forward persists to this day, with party officials preferring to downplay the tragedy by portraying it as the result of bad weather conditions. Yang’s book still cannot be published in mainland China.

The link between famine and freedom of speech is not limited to China. As the Indian philosopher and Nobel laureate economist Amartya Sen noted some two decades ago, “no famine has ever taken place in the history of the world in a functioning democracy.” Leaders who depend on the support of voters with the freedom to criticize public policies are generally unlikely to uphold policies that cause those voters to starve.

This has not been the case in, say, Zimbabwe, where about half the population -- some 7.7 million people -- currently face food insecurity, according to the World Food Program. Unprecedented levels of malnutrition beset eight of Zimbabwe’s 59 districts.

Zimbabwe has long been known as “the breadbasket of Africa,” thanks to its relatively mild climate. But climate change is taking its toll. Making matters worse, decades of economic mismanagement by Robert Mugabe -- who dispensed with democratic accountability during his 37-year-long rule, which ended when the military forced him to resign in 2017 -- have produced runaway inflation, high unemployment, fuel shortages, and prolonged power outages. All of this has worsened Zimbabweans’ plight significantly.

Freedom of expression is about far more than direct political dissent or tolerance of ideas, acts, or images that we find offensive. As Sen wrote in 1990, “one set of freedoms -- to criticize, to publish, to vote -- are causally linked with other types of freedoms,” such as “the freedom to escape starvation and famine mortality.” To that list we should add “the freedom to avoid death by COVID-19.”


Aryeh Neier
Aryeh Neier, president emeritus of the Open Society Foundations and a founder of Human Rights Watch, is author of “The International Human Rights Movement: A History.” -- Ed.