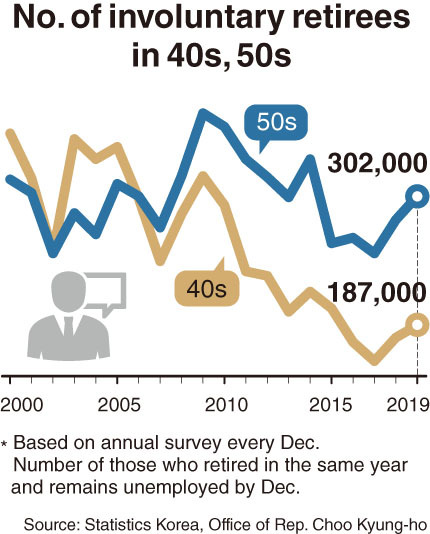 The number of Koreans in their 40s and 50s forced to retire from their jobs last year has reached close to 500,000, the largest figure in five years, data from Statistics Korea released by Rep. Choo Kyung-ho of the former Liberty Korea Party showed.

The involuntary retirees include those whose workplaces have shut down, those who lost jobs in restructuring and those with seasonal or temporary jobs whose projects have ended.

The report noted that the figure for involuntary retirement increased among those in their 40s and 50s, although overall it decreased.