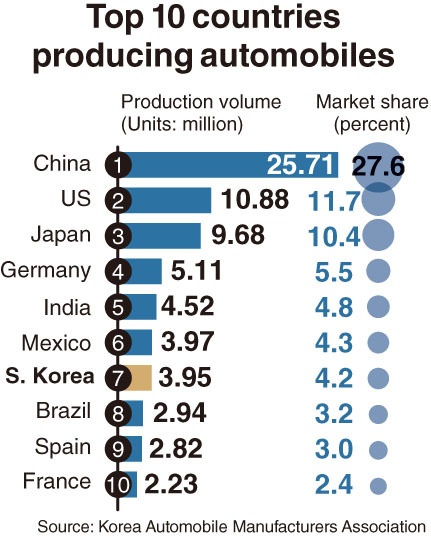 The number of cars produced dropped 1.9 percent from 2018, but the market share in car production increased by 0.1 percentage point.

The association pointed out that Korea failed to see a more significant improvement due to prolonged conflicts and strikes at major automakers including Hyundai and SsangYong.