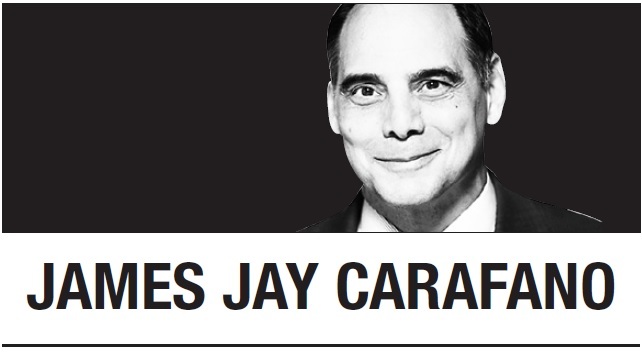 Secretary of Defense Mark Esper doesn’t have much gray hair. Just wait. He has some monumental challenges ahead.

Even if Esper has the backing of the president, and Trump gets reelected, the Pentagon has a daunting to-do list. If the secretary plans to leave the common defense stronger than it was when he came aboard, he’ll have to overcome three big problems.

There are three vital areas of operations for the US: Europe, Greater Middle East and Indo-Pacific. Keeping them stable remains a vital interest. Unfortunately, the US military doesn’t have the capabilities and capacity to cover all three.

The administration deserves full credit for turning around a military that was on pace to become a hollow force from overuse and underinvestment. Still, the work isn’t done. The proposed fiscal year 2021 budget looks flat -- accounting for inflation, defense will lose some buying power.

Hats off to Esper for searching for savings and prioritizing initiatives. Hats off as well to the Trump administration for emphasizing collective security and pressing friends and allies to do their fair share.

That fruit, however, has mostly been plucked. In places like Iraq, Afghanistan and Syria, for example, US commitments are modest. Further trimming would just add risk, like the patient who saves money by no longer taking his heart medicine.

The reality is that the military still needs sustained investment over time to rebuild the peace-through-strength force we had under Reagan.

Paying the bills is an inside-the-Beltway problem. People on both sides of the aisle want to throw money at all kinds of stuff. The administration also has to handle a swelling deficit that has to be brought under control. Esper has no ability to control any of this back-and-forth fiscal bickering, but he has to live with the outcome.

All the secretary can do is to continue to demonstrate that the Pentagon is being the best possible steward of the resources he is given and dispel the fiction that that military can do more with less or get by with doing less.

The debate is not between guns and butter. Our choices are peace and prosperity or war and chaos.


Big Problem No. 2: Multitasking is a mess.

The Pentagon is great at taking orders and moving out, particularly if they are told to do things they already want to do. The military would love to put messy fights against terrorism and gray-zone wars in its rearview mirror and focus on potential future conflicts against great powers.

China may be the pacing danger, but it’s far from the only threat that the US has to take with great seriousness. Focusing only on the Indo-Pacific and treating Europe and the Greater Middle East like annoying economy-of-force missions would be like a doctor telling a patient he has a brain tumor, heart disease and cancer, and he can only pick one to be cured.

What Esper has to ask is: What is the application of American power necessary for the US to be “competitive” in each place where we really need to compete? Then he needs to get his team at the Pentagon to work with other parts of the government to come up with solutions and fight to implement them.

This isn’t a call for “whole of government” solutions. The goal isn’t for everyone to have a participation trophy. This is a demand to figure out the right combination for an appropriate solution.

We don’t need new budgets and bureaucracies. The US has plenty of tools in the tool kit. We just need more competent carpenters.


Big Problem No. 3: Tame the politics of the pivot.

The problem of dealing with China by pivoting to Asia is that China is globally competing with the US. Husbanding all our defense assets and attention for Asia is like sending all the Pinkertons to the hideout, while the gang is out robbing a bank.

Further, even where China is not directly coordinating with other adversarial powers, Beijing is leveraging their actions to its advantage. Esper can’t let China become an excuse for doing nothing about other vital threats to the US.

“War is very simple,” Carl von Clausewitz once wrote, “but in war the simplest things become very difficult.” Secretary Esper is finding out just how difficult.


James Jay Carafano
A 25-year veteran of the US Army, James Jay Carafano is a Heritage Foundation vice president. He directs the think tank’s research into matters of national security and foreign affairs. -- Ed.