Seohyun to face her deepest pain in ‘Hello, Dracula’ 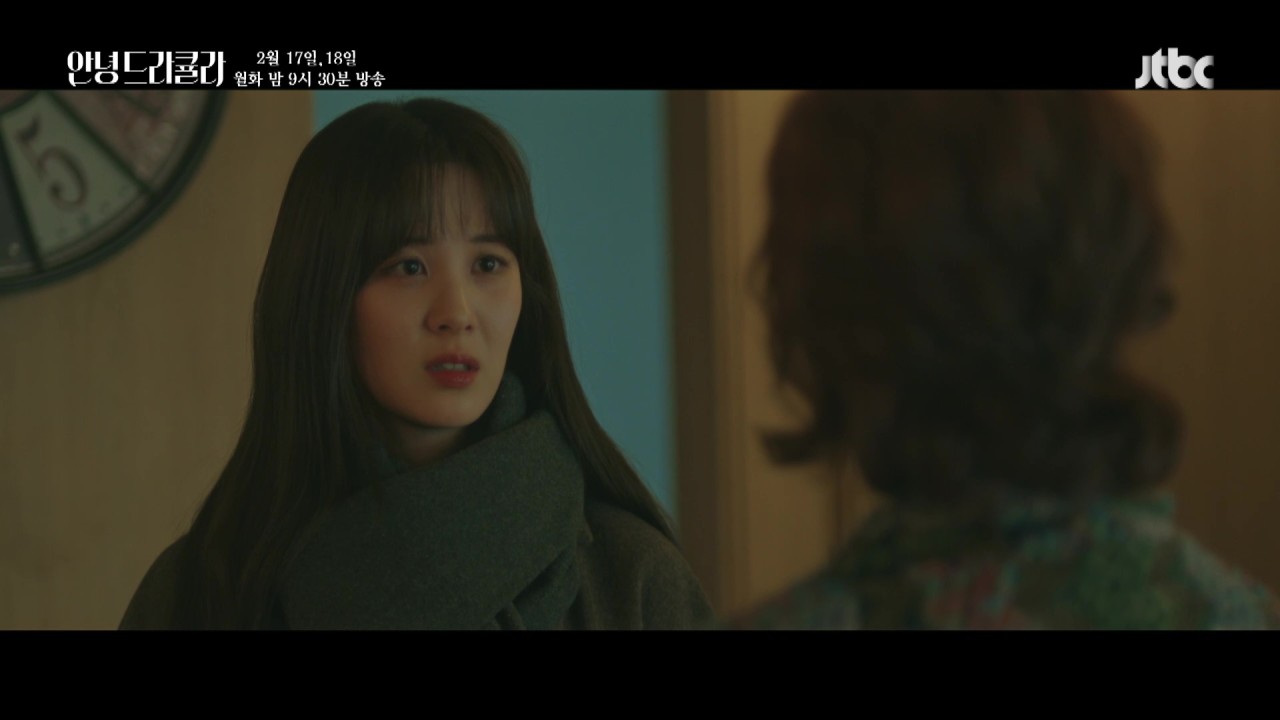 "Hello, Dracula" (JTBC)
Singer-turned-actor Seohyun of Girls Generation is returing to the small screen with JTBC’s new short drama series “Hello, Dracula,” which is slated to air this week.

Despite the title, the two-part series is not a fantasy thriller about vampires. It is a realistic but warm story about people of different generations who face their deepest fears to take the next step in their lives.

The new drama is an omnibus set comprising of three stories each revolving around different characters at different stages of their lives.

Seohyun plays An-na, an insecure adult living a life dominated with a feeling of frustration and failure. After her mother -- her only family member -- refused to support her sexual orientation towards the same sex when she was in middle school, An-na has lived a life as an obedient daughter, hiding the truth as her deepest secret.

“I think An-na and I are alike in that we hold back our emotions and try to endure everything. It really clicked with me how An-na tries to press down her secrets because she knows her mother would be hurt by them,” Seohyun said during a live-streamed press conference Friday. The event was held online due to concerns arising from the new coronavirus outbreak.

Returning to the small screen almost 1 1/2 years after her last performance, in MBC’s “The Time,” Seohyun said she focused on acting out her genuine emotions.

“At first, I wasn’t really sure if I would be able to portray the character’s wounded heart,” the singer-actor said, adding, “I tried to feel the true feelings and act them out every moment.”

In her part of the series, Seohyun teams up with actress Lee Jung-hyun, who plays An-na’s mother and successful screenwriter Mi-young. The two women portray how a mother and daughter reconnect, revealing their deepest scars and accepting each other for who they are.

Rising actor Lee Ju-bin leads another chapter of the drama, playing Seo-yeon, an indie band vocalist conflicted between her passion for music and the realistic anxieties about the need to make money. Lee said Seo-yeon’s story was a lot like her own life as an artist.

“Just two to three years back, as I was nearing my 30s, I went through similar worries in life. I really wanted to act, but I constantly failed in my auditions,” Lee said during the press event.

Making her official debut in 2017, the 32-year-old actress made herself known through JTBC’s hit drama “Melo Is My Nature” last year. Lee, who had also spent some while as a K-pop trainee, will be singing and playing guitar in the drama.

The last part of the omnibus set will revolve around the heartwarming friendship of two 10-year-olds, Ji-hyoung and Yu-ra. Coming from different backgrounds, the boy and girl become friends but both have concerns of their own. Eleven-year-olds Go Na-hee and Seo Eun-yul take up the roles of Yu-ra and Ji-hyoung, respectively.

Producer Kim Da-ye explained that the “dracula” in the title symbolizes the dark and deep secrets which protrude in the nights, biting at people’s minds.

“I think different generations of viewers will be able to empathize with the three stories. Regardless of how many years we’ve lived, we are all imperfect and still become lost in our own lives,” she said. “I wanted to send a message that it’s okay to wander and mess things up a little bit.”

Kim has previously produced “Beautiful World” and “My ID Is Gangnam Beauty” with JTBC.

The two-episode series will be aired at 9:30 p.m. on Monday and Tuesday.