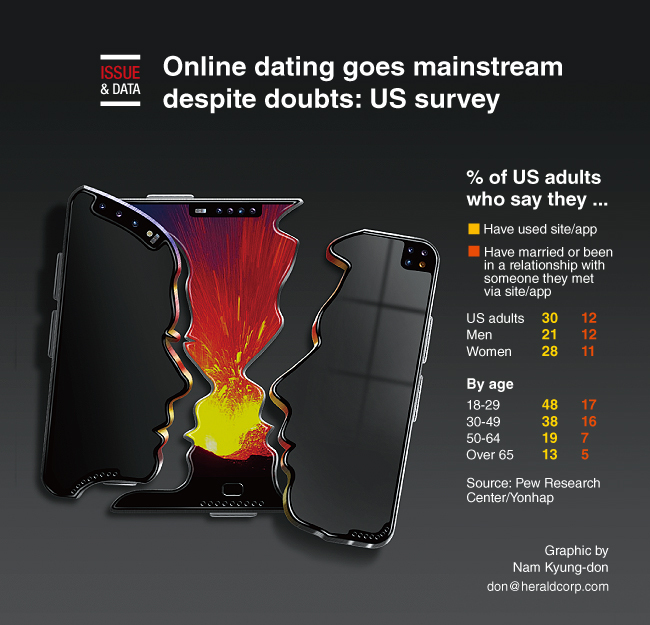 Americans’ use of apps and dating websites to meet potential partners is growing despite concerns about such platforms, a survey showed.

A report by the Pew Research Center showed 31 percent of US adults have used a dating app or service. The figure is close to half among adults under 30 years old and people who identify as gay, lesbian or bisexual.

Twelve percent of those surveyed said they had married or been in a committed relationship with someone they met through a dating site or app.