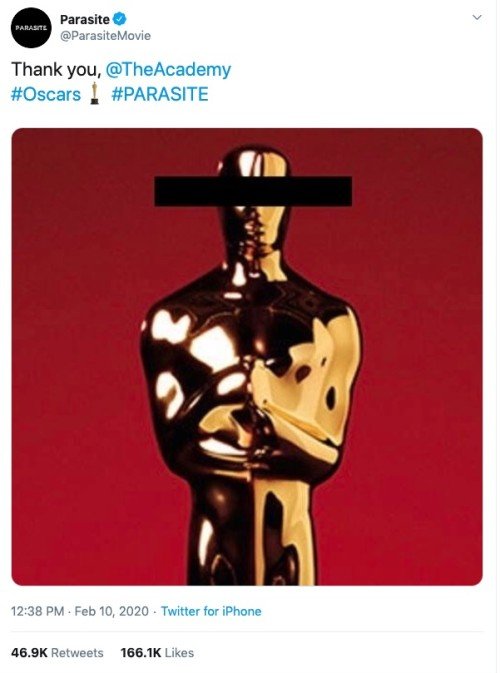 Since Jan. 13, when the film’s six Academy Award nominations were announced, “Parasite” has been mentioned in more than 1.6 million tweets worldwide. The next-most-tweeted-about nominees, in order, were “Joker,” “Once Upon a Time … in Hollywood,” “Jojo Rabbit” and “Toy Story 4.”

“Parasite” topped the list again, generating more than 500,000 tweets around the world, when it won best picture. The moment Bong won the best director award for “Parasite” came in third place.

The moment that Joaquin Phoenix won the best actor award for “Joker” generated the next-biggest number of tweets, and the moment when Renee Zellweger won best actress for “Judy” was fourth. Hip-hop artist Eminem’s surprise performance came in fifth.

In addition, Bong was the celebrity who generated the most discussion on Twitter during the night of the 2020 Oscars. Around 520,000 tweets about Bong were posted that day. Hollywood celebrities Joaquin Phoenix, Eminem, Brad Pitt and Natalie Portman got the next-greatest numbers of tweets, in that order.

The top tweet about the awards show came from the official account of the Academy Awards, announcing “Parasite” as the winner of the best picture award. It generated more than 190,000 retweets and 475,000 likes. 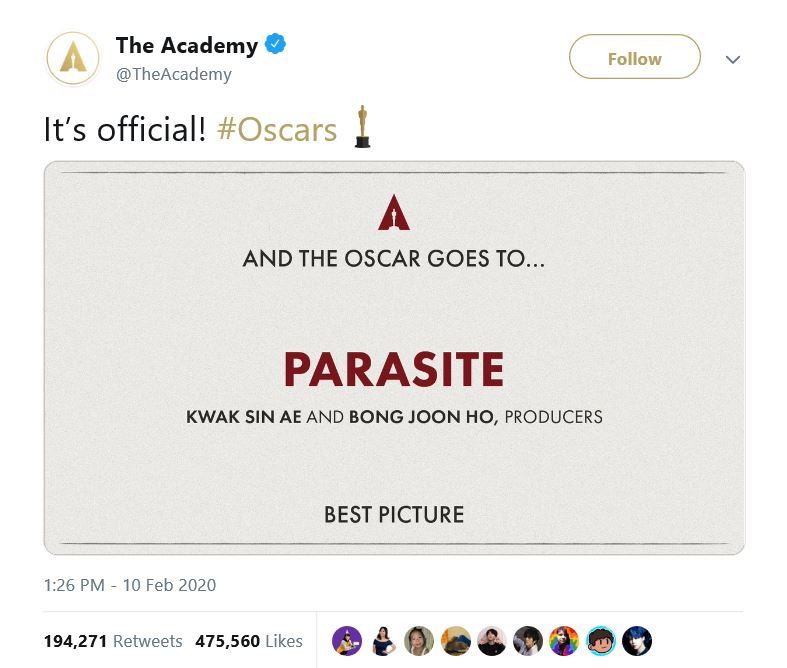