Thae Yong-ho, a former North Korean diplomat who defected to South Korea in 2016, plans to run in the April 15 general elections here as a member of the main opposition Liberty Korea Party (LKP), a party official announced Monday.

Kim Hyong-o, head of the LKP's election candidate selection panel, said Thae has joined the conservative party for a race in a Seoul constituency and not in pursuit of a National Assembly seat from proportional representation. 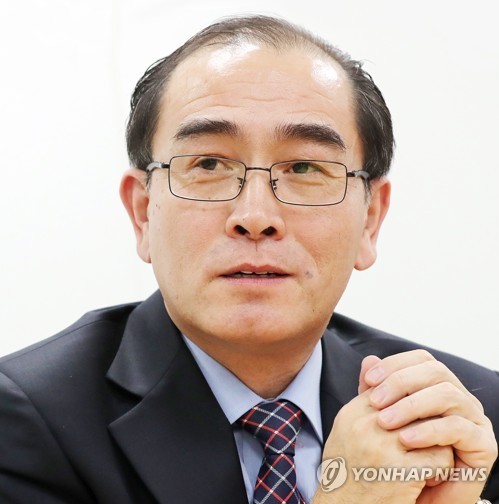 "I think he would probably be the first North Korean defector" who is engaged in an electoral competition in a South Korean constituency, Kim said.

Thae is a person who risked his life for freedom and who can present a vision for peace and publicize South Korea's related position, he added.

Thae is also expected to give hope to not only North Korean defectors but also all people in both Koreas desiring "genuine reunification," according to Kim.

Regarding his constituency, Kim said the party will find one where Thae will "play a good role." He said, "(I) am thinking of one in Seoul."

Thae served as the North's deputy ambassador to London before his defection. (Yonhap)