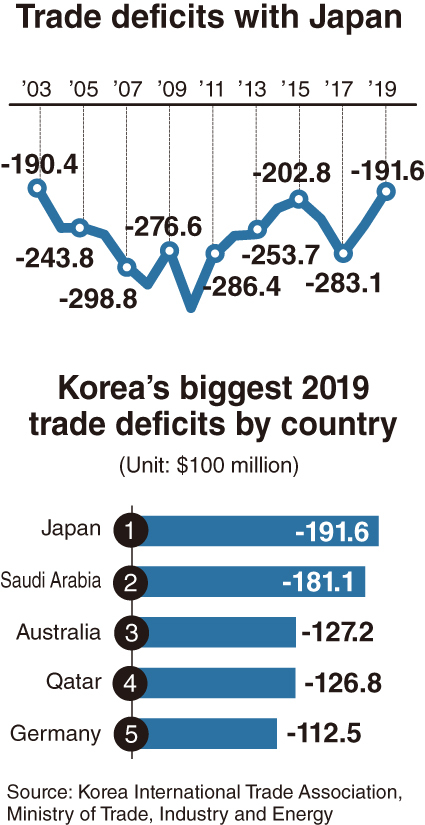 Japan was the trade partner with which South Korea posted the largest deficit in 2019, keeping the top spot for the fifth year in a row, according to data by Korea International Trade Association released Sunday.

Last year, the trade deficit with Japan stood at $19.16 billion, recording the biggest among other trade partners. However, the figure was a significant improvement from a $28.31 billion deficit in 2017. It also marked the smallest deficit in 16 years due to the decreased trade volume with the neighboring country upon trade curbs.

According to the Ministry of Trade, Industry and Energy, Japan was followed by Saudi Arabia, Australia, Qatar and Germany in the top five list of countries that saw trade deficits with Korea in 2019.