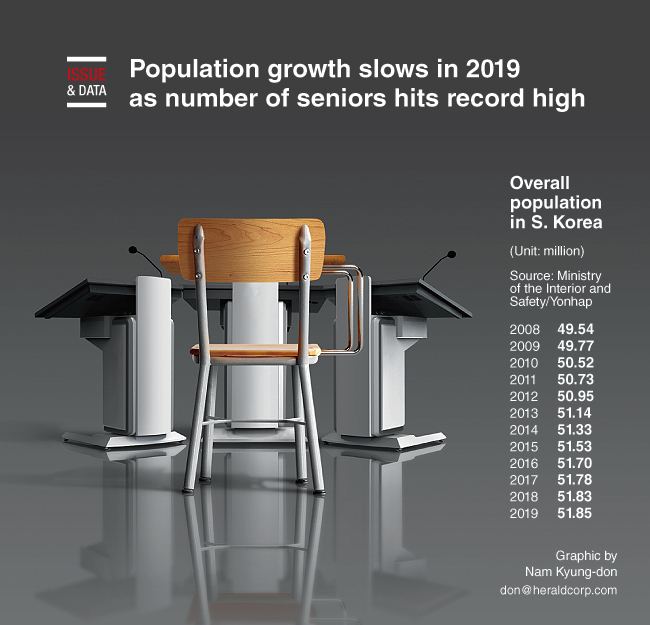 The number of people aged over 65 years in South Korea climbed to a new high last year, breaching the 8 million mark for the first time in history, while the country’s overall population grew at the slowest pace ever, data showed.

The country’s overall population remained nearly unchanged at just under 51.85 million as of end-December, up only 23,802 or 0.05 percent from a year earlier. It was the slowest on-year gain since the country began publishing related data in 2008, according to the data from the Ministry of the Interior and Safety. (Yonhap)