With 6 nominations, ‘Parasite’ becomes first Korean film to make it to Academy Awards

The Academy of Motion Picture Arts and Sciences on Monday morning in the US announced the full list of its nominations for the 92nd Academy Awards, which included the first-ever Korean movie to be nominated for any award, “Parasite.”

Bong was also nominated for the best original screenplay alongside Han Jin-won, while Yang Jin-mo was nominated for best film editing and Lee Ha-jun and Cho Won-woo earned a nod for best production design.

While Korean movies have been knocking on the Academy’s doors since 1962, it was only last year that a significant breakthrough was made with director Lee Chang-dong’s mystery drama “Burning” becoming the first Korean film to be shortlisted in the best foreign language film category. While “Burning” failed to make the final list, “Parasite” set a new record with six nominations just a year later.

Starting with the Palme d’Or win at last year’s Cannes Film Festival, Bong and his team have been sweeping through the international film scene, bagging some 80 trophies from awards shows big and small. Just last week, “Parasite” won a Golden Globe for best foreign language film, the first such win for the 101-year-old Korean film industry.

While all six nominations are significant, the nomination for best picture holds exceptional meaning for “Parasite,” as it is the only non-English-language movie among the nine nominees. While finalists for each category are selected by members from respective fields – such as acting, film editing and directing – all members vote for the best picture category.

“Nomination for the best picture implies the piece is exceptional regardless of the language it uses,” culture critic Kim Hern-sik told The Korea Herald. “As Bong has pointed out, Europeans and Westerners practiced something akin to a quota system in recognizing (films from) Asia and the Third World. Previously, it felt as if an exception was made to give awards (to these films), but now, they are not an exception or a specific genre.” 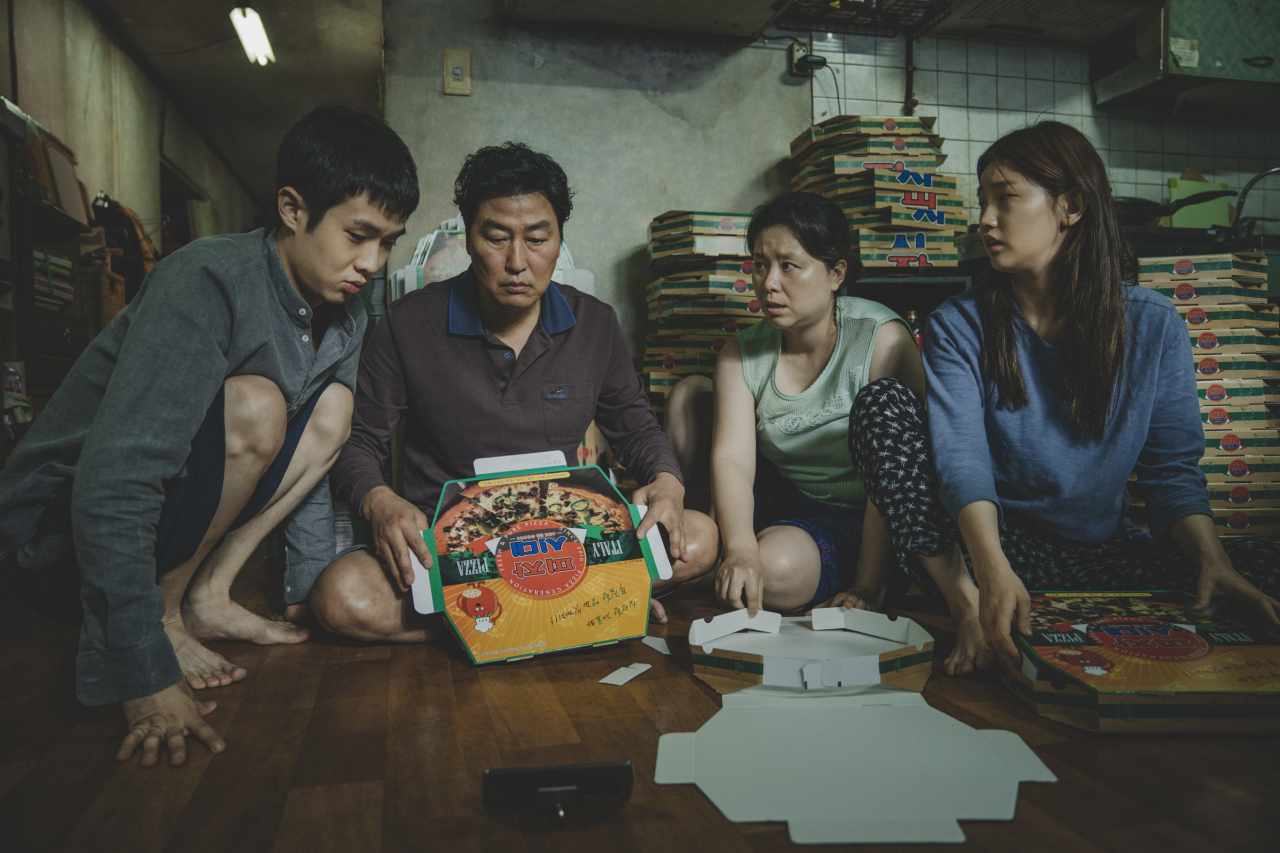 "Parasite" (Neon)
The absence of perfect separation of good and evil, right and wrong, in the characters distinguishes “Parasite” from many other Korean films, according to Kim.

“Although the movie revolves around two families living in two extreme classes, it does not put the two families at each end and position the poor family as the good ones, and the rich family as the bad ones,” Kim said. “It sends a message of realistic coexistence of people of different classes, and this makes the movie more relatable for foreign viewers as well.”

Going beyond “Parasite,” the auteur himself may be at the center of changes taking place in the film industry, Kim said.

“Filmmakers around the world are concerned about the balance of artistic excellence and commercial success, and Bong dealt with such issue through ‘Parasite,’” Kim said.

Bong has been at the forefront of attempts to adapt to cultural changes.

“Bong did not insist on Korean novels or staff. He selected books from Europe, employed local actors and staff if necessary, and his ‘Okja’ was the first (Korean) movie which was released exclusively on Netflix,” Kim said. “On top of his thoughts as a proficient director, he always engaged himself in new means to deliver his works.”

With six nominations, the possibility of “Parasite” winning at the Oscars looks higher than ever.

The film’s chances at an Oscar have been boosted by its ticket sales abroad -- an important factor for the Academy in evaluating nominees.

According to the US-based Box Office Mojo site, ticket sales for “Parasite” had reached over $25 million in the US and $107 million internationally as of Sunday.

Meanwhile, Korean short documentary film “In the Absence” about the Sewol Ferry sinking of 2014 was nominated for best short-subject documentary. Directed by Yi Seung-Jun, the film focuses on the tragic accident through extensive use of video materials and recordings of phone calls made at the time.