[David Fickling] What ‘Parasite’ misses about inequality in Korea 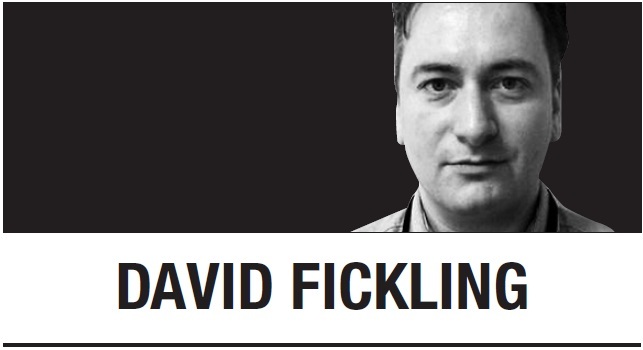 To judge by “Parasite” -- Bong Joon-ho’s Golden Globe-winning portrait of three Seoul families thrown into queasy proximity by the country’s wealth divide — South Korea is an Asian version of Brazil or South Africa.

The poor in Bong’s black comedy are unable to escape the bottom of the heap -- living in overcrowded basement apartments, or even (in a horrifying twist) further below ground. The wealthy enjoy a life of careless riches and open skies on Seoul’s hilly outskirts, cosseted by armies of staff whom they hold in thinly veiled contempt.

So much for the stereotype -- but in truth, Korea has done better than most other societies on earth in avoiding the inequality that so often plagues fast-growing economies. If there are losers from its economic model, they are more likely the young and old -- and women, who suffer from the rich world’s worst gender inequality -- than the middle-aged characters who dominate the ensemble cast of “Parasite.”

Take the Gini coefficient, the most commonly used index of inequality. On that measure, Korea is East Asia’s most egalitarian society after tiny, poor Timor-Leste, according to the World Bank’s figures. Only a handful of countries in Western Europe come in with better scores, and the likes of France, the UK and Canada are all less equal.

Other measures paint a similar picture. Take the 1 percent who inhabit tony neighborhoods like Seoul’s Pyeongchang-dong, the apparent model for the suburb where the Park family live in “Parasite.” In the US, the 1 percent account for about one-fifth of all income, rising to 28 percent in Brazil. Korea, at 12.2 percent, is closer to Western European levels.

The picture is even more striking if you widen the focus to the top and bottom fifths of the income distribution to get a broader picture of rich and poor, a measure that’s widely followed in Korea itself. In South Africa, the top 20 percent earn more than 28 times as much as the bottom 20 percent, and even in the US the wealthiest quintile earn 9.4 times more than the poorest. Korea’s ratio of 5.3 is more egalitarian than Japan, the UK, Australia and Italy, and roughly in line with France and Germany.

Why, then, are Koreans so worried about inequality? “Parasite” isn’t alone in its concern about the issue. Three-quarters of adults younger than 35 and two-thirds of those between 35 and 60 want to leave the country and similar shares of the population regard Korea as “hell,” according to a survey last month. (Bong, whose films often take place in surreal dystopias, might find future inspiration in that finding.)

President Moon Jae-in came to office in 2017 promising to close the country’s wealth gap by raising the minimum wage and retirement payments and reining in property prices -- an agenda that’s not been without problems, as Sam Kim of Bloomberg News has written.

One issue is that we measure our satisfaction not by where we are, but by where we’ve come from and where we’re going. Korea went from poverty to affluence in the space of a generation, but growth increasingly appears to be grinding to a halt. That’s leaving many people terrified about what’s coming next — especially as the world’s lowest fertility rate drives a declining crop of workers to support a rising population of retirees, as my colleague Daniel Moss has noted.

In contrast to decent inequality metrics for the population as a whole, the old in particular have lost out. Just 13 percent of Korea’s working-age population are living in poverty, but the figure rises to 44 percent for those aged 66 or over, far higher than any other OECD country.

The young, meanwhile, have largely given up hope of ever affording their own home. Buying property in Seoul takes about 13.4 years’ worth of income, compared with 5.7 times in New York and 4.8 times in even Tokyo. As a share of GDP, household debt is now higher than in the UK, the US or Japan. No wonder one of the most wretched characters in “Parasite” is on the run from loan sharks.

Korea isn’t without economic problems -- but it’s the inequality suffered by young and old, and by women, that’s most at risk of holding the country back. The luckiest generation was born in the 1960s and early 1970s, when the war and desperation of the 1950s was already past; joined the job market in the 1980s, when the economy was growing at double-digit rates; and bought houses dirt-cheap in the wake of the 1998 Asian financial crisis before subsequent generations were priced out.

The heads of all three families in “Parasite” are of that generation, as is Bong himself. If things look bad for them, they’re a whole lot worse for their parents and children.