[Graphic News] US troops stationed across the Middle East 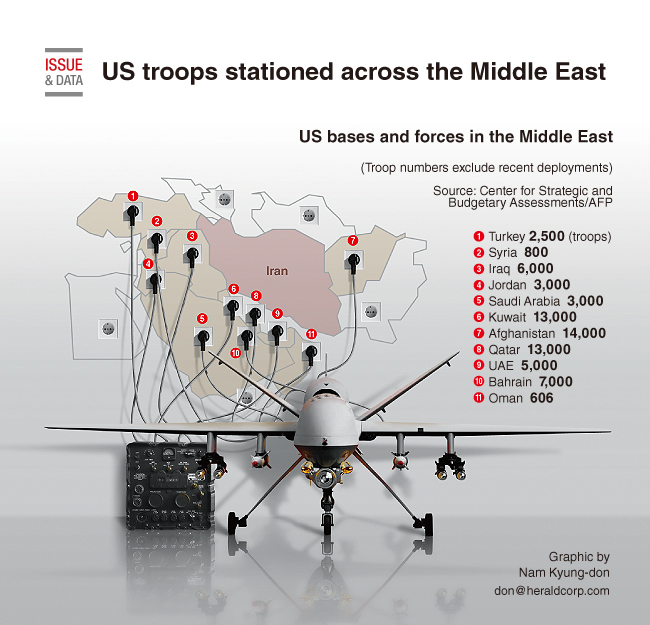 Iran fired missiles Wednesday at Iraqi bases housing the US military, officials in Washington and Tehran said, in the first act of the Islamic Republic’s promised revenge for the US killing of a top Iranian general.

Across the Middle East, these threats have put on high alert the bases, ports and other installations where US troops are based or pass through.

The US has tens of thousands of military personnel at bases and aboard ships across the Middle East, as well as arrangements with various countries to move soldiers and military equipment through airstrips and ports.