[Serendipity] Judge a book by its cover, you stand to lose 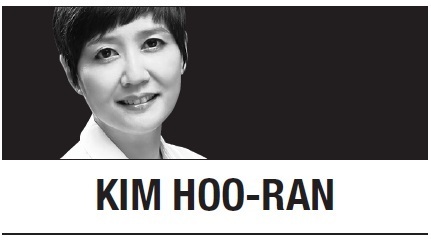 This sounds rather silly. For a couple of years, I had seen copies of “A Gentleman in Moscow” by Amor Towles on prominent display at the Kyobo Book Center. On the cover was a black-and-white photo of an elderly man in a suit and a hat leaning ever so slightly over a balcony, appearing to be peering down into the city streets, his back to the viewer.

Convinced that it was a spy thriller -- anything with the word “Moscow” seems suspect -- I did not bother to lift up the book from the stack. And so it was until I happened upon a list of must-read books for 2019, right before Christmas. Lo and behold, that somber looking book was not a complex web of deceit and intrigue! It had to do with a Russian count sentenced to house arrest for life at a grand hotel in Moscow following the Bolshevik Revolution.

Doing my last round of Christmas shopping at Kyobo on Christmas Eve -- I had determined that I would henceforth gift my family with a book each in the tradition of Iceland, a nation of voracious readers -- I picked up a copy of “A Gentleman in Moscow” for myself.

After putting away the flowery china that gets an annual outing for Christmas dinner, I settled on the couch with the book. What a page-turner it turned out to be.

The Plaza Hotel in New York had Eloise, the Metropol Hotel in Moscow, Count Rostov.

Stripped of his aristocratic title and referred to as a “former person” by the revolutionaries, Count Rostov is moved from his grand suite, where he had taken up residence four years earlier, to a tiny room with a tiny window. Confined within the four walls of the hotel, he soon grows despondent, realizing that he has nothing to look forward to other than his usual well-settled routine -- one day seeming no different from the one before, with little prospect of the next day being any different.

That is until he strikes up a friendship with a young girl with a penchant for wearing yellow, that hopelessly optimistic of colors. With the hotel’s master key, Nina invites the count on an exploration of the hotel that takes him to places he had never seen before in all his four years there.

In her first months, “She had gone below. Behind. Around. About. In the time that Nina had been in the hotel, the walls had not grown inward, they had grown outward, expanding in scope and intricacy,” Count Rostov notes.

Unlike the count, who thought that in his confinement “it would not take long for the ceiling to edge downward, the walls to edge inward, and the floor to edge upward, until the entire hotel had been collapsed into the size of a biscuit tin,” the young girl had managed to push back the walls of the hotel with her curiosity, eagerness to explore, sense of wonderment. And she passes on the master key to her old friend, presenting him with limitless possibilities.

Over the years, Count Rostov adapts himself to life in the hotel, a microcosm of the world, observing the comings and goings of the people. No longer a gentleman of leisure, he works as a head waiter at the hotel’s fine dining restaurant, becoming friends with people who had previously served him. In the later years, Nina gives him an even greater gift, a purpose for his life, which he fully accepts and fulfills with the utmost care and dedication.

We read for any number of reasons -- to learn, to be inspired, to be entertained. I would have been robbed of a chance to expand my walls had I continued to shun the book, judging it by its cover.

The writer is culture desk editor at The Korea Herald. -- Ed.