Sweet brews at Under Pressure

One sip of this latte, featuring Under Pressure’s Brooklyn Comfort blend, unleashes a striking balance of acidity, sweetness and depth, mellowed and softened by dairy.

The tart sweetness of dried berries peeks through all that velvety microfoam, followed by aromas of dried plums and dark chocolate for an elegant and complex brew.

When Park explains the philosophy behind Under Pressure -- which opened in Hannam-dong in 2016 before moving near Dosan Park nearly two months ago -- Brooklyn Comfort and its other coffees make perfect sense.

“One needs sweetness as the foundation of coffee in order to enjoy its acidity,” Park, 34, said.

Sweetness, Park explained, is the base for all the coffee at Under Pressure.

That sweetness might emerge as dried peach, as in Under Pressure’s single-origin Ethiopia Kanketi, or as dairy-rich milk chocolate when sipping from a tall glass of Brooklyn Comfort cold brew.

It helps prevent a brew from becoming a single-note sip, and Park believes it rounds out a cup of coffee.

To achieve that ideal cup, the Under Pressure team carefully selects green beans, usually beans awarded the Cup of Excellence or that have nabbed high scores based on the 100 point scale or that have been harvested from microlots, according to Park.

The criteria for selection, Park says, are soft acidity and sweetness.

At its offline stores -- the flagship store near Dosan Park and the lab concept store that opened in Samseong-dong in 2018 -- roasted beans are tested in the morning and throughout the day, with the aim of providing a consistent brew, Park said.

Under Pressure’s flagship store specializes in espresso variations like Latte 60 as well as single-origin pour-over coffee.

“We plan to introduce a new single-origin coffee every month or every other month,” said Park.

Of their recent move to Sinsa-dong, Park says the new space is designed to not only provide solid brews for coffee lovers but to also bring in home brewers who want to get beans or coffee drip bags or capsule coffee to go.

In the near future, Park plans to provide complementary services that help coffee aficionados troubleshoot their home brewing experience. 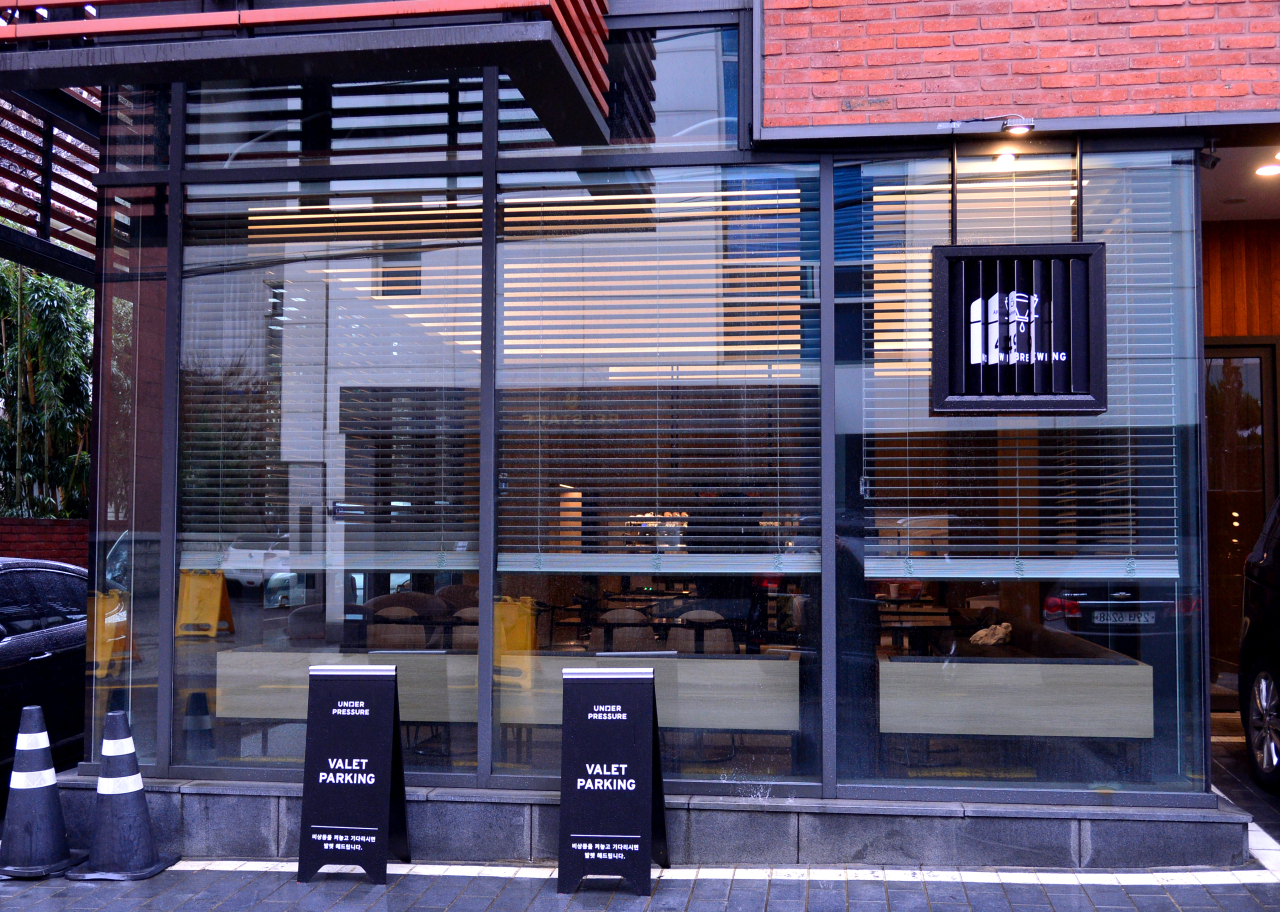