The nine-piece group held a media debut showcase for its first full-length album “First Collection” in Seoul on Tuesday, where it showcased the album’s lead track “Good Guy” and shared New Year’s ambitions. Clad in clean-cut matching suits, the band explained that the outfits were to portray an image of “good guys.”

“Many fans have been asking us to wear suits for our next album, so we tried to emphasize sassy, sophisticated sides of us,” said Youngbin at the showcase. Jaeyoon added that he took inspiration from American actor George Clooney and tried to imitate his charismatic aura by working out all day in a gym.

Steering away from the group’s gruff image in “RPM,” “Good Guy” is built upon UK house garage, layered with melodic synth and sleek melodies. The bandmates transformed into nine gentlemen making their way to achieve love. The song was co-written by Youngbin, Zuho and Hwiyoung.

“Since it’s our first full-length album, we’ve put our effort into every detail, ranging from the choreography, hairstyle and makeup. All of us participated a lot in making this album,” said Inseong. The fully packed album features nine tracks, including “Am I The Only One,” “Shh,” “Lullu Lalla,” “One Love” and “Like The Hands Held Tight.” 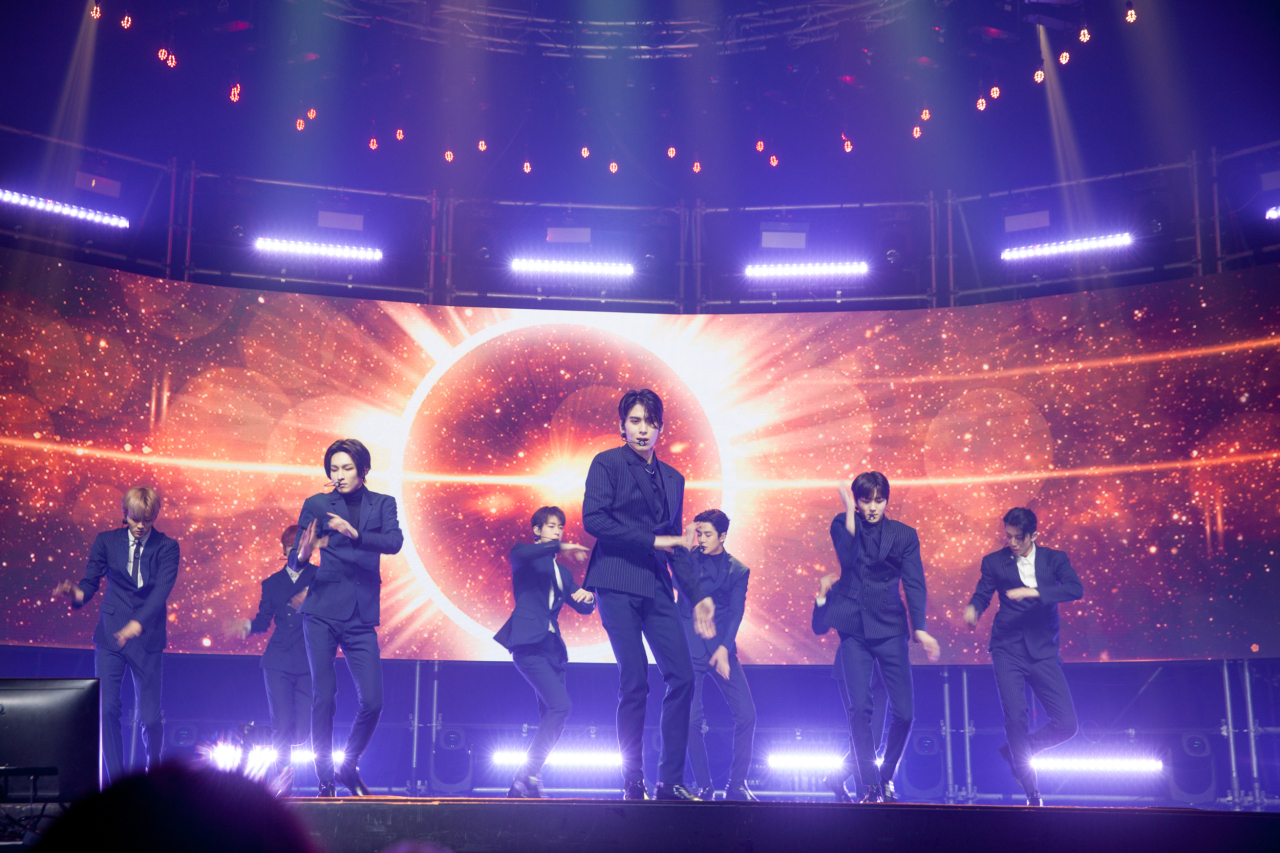 The prolific K-pop act seemed particularly excited not only for the release, but also for having recently earned the media spotlight upon Rowoon’s appearance in popular drama series “Extraordinary You.” He is the second SF9 member to have jumped into acting, following Chani, who was a breakout actor in TV drama sensation “Sky Castle” last year.

“When Chani’s popularity had shed light on SF9, we were very glad. When I started acting, I just tried to focus on doing my best rather than looking for good results, and such thoughts have invoked public’s interest in our group,” said Rowoon.

“I’m really thankful for my bandmates who’ve waited for me for the last six years. We’ve released a total of nine albums so far. I’d like to thank them for enduring through pressure and exhaustion,” he added.

Taeyang chimed in to add, “Releasing a full-length album has always been our goal. I think we’ve walked a long career path with those nine albums. We’d like to have a new start with the new album.”

SF9 wrapped up the event by expressing the group’s hopes to win the top spot on local music programs with “Good Guy.”