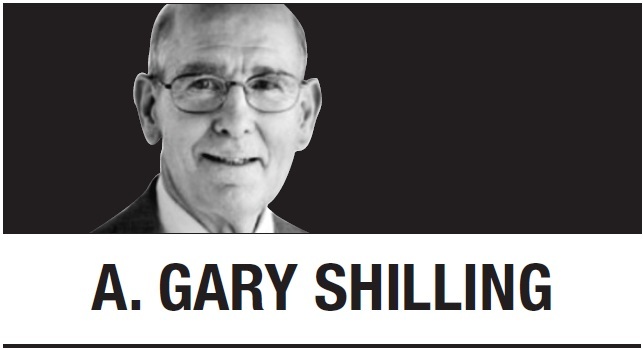 Spending on US health care is out of control, expanding steadily from 5 percent of gross domestic product in 1960 to 18 percent in 2018. There are, however, ways to curb the explosion in costs from both the demand and the supply side.

Health care costs per capita in the US are almost double those of other developed countries, but life expectancy is lower than many, even South Korea, according to the CIA and Eurostat. Without restraint, costs will accelerate as more and more postwar babies age. The nonpartisan Congressional Budget Office projects Medicare spending alone will leap from 3 percent of GDP to 8 percent by 2090.

Medical costs are understandably high since the system is designed to be the most expensive possible for four distinct reasons. First, with the constantly improving but increasingly expensive modern technology, the best is none too good when your life or mine is at stake. Also, few patients have the knowledge to decide whether a recommended procedure will be medically much-less cost-effective. The medical delivery system encourages a gulf between the providers who supposedly know what’s needed and their patients who don’t.

Second, patients are quite insensitive to costs since their employers or governments pay most health care bills. And those who are privately insured want to get their money’s worth from their premiums, especially since Obamacare does not allow insurers to set premiums on a health risk basis.

Third, the pay-for-service system encourages medical providers to overservice. After my dermatologist burned off the precancerous growths on my face, he wanted me back in two weeks to be sure, but also to bill another office visit.

Finally, domestic training programs and facilities for medical personnel are inadequate. As a result, many MD residents and nurses come from abroad, while medical schools of dubious quality in the Caribbean train US-born physicians.

To control costs on the demand side, use the appeal of money. The importance of their health to most Americans means they will spend proportionally more on medical services than other goods and services, but they’ll think twice if it’s money they otherwise can keep. Increasing deductibles and co-payments are moving in that direction. In 1999, employees on average paid $1,500, or 22 percent, of $6,700 in family health coverage premiums, according to the Kaiser Family Foundation. The total rose to $26,600 in 2019, but employees’ share has climbed to $6,000, or 29 percent.

Medical savings accounts also make patients more aware of costs. Companies give employees a set amount of money and they can keep what they don’t spend on health care.

To increase the supply of medical personnel, American medical and nursing schools can be expanded with government help. Also, shortening the whole training process would save time and get huge student debts under control. Does a physician need a four-year bachelor’s degree before beginning medical school?

Cartels among hospital medical specialties can be attacked. Now, physicians in, say, the general surgery department limit competition by controlling who has the privileges to use their institution’s facilities.

In another development, the entrepreneurial model of a small group of MDs operating a practice is fading in the face of high costs of medical record-keeping and other regulatory requirements. Over half of physicians now work for hospitals, either on their main campuses or in satellite facilities. This may shift the emphasis of many from money to medicine.

Medical costs can also be cut by limiting malpractice insurance premiums, a major outlay for medical providers. Texas placed a $250,000 cap on non-economic damages, i.e., pain and suffering, in 2003. Texas Department of Insurance data reveals that medical malpractice claims, including lawsuits, fell by two-thirds between 2003 and 2011, and the average payout declined 22 percent to $199,000.

Also, average malpractice insurance premiums plunged 46 percent, according to the Texas Alliance for Patient Access, a coalition of health care providers and physician liability insurers. And physicians were then attracted to Texas.

At present, Americans basically pay the development costs of new drugs while other countries with centralized pharmaceutical-buying skip the expenses of research and development, field trials, etc., and only pay the much-lower marginal cost of production. Allowing Medicare to join Medicaid to negotiate drug prices could reduce costs if foreigners can be convinced to share development costs. Otherwise, new drug development would be curtailed. The Trump administration’s new rules that force health insurers and hospitals to publish their negotiated prices may force costs to the lowest level.

One approach that doesn’t work in easing the burden on consumers of medical costs is increasing overall government subsidies. They tend to be offset by higher costs, much as more scholarship aid is often dissipated by higher college tuition and fees. Ever notice that the most modern, prosperous institutions in town tend to be hospitals, hugely subsidized by governments?

Health care is critical, but that doesn’t mean its costs aren’t subjected to supply and demand.