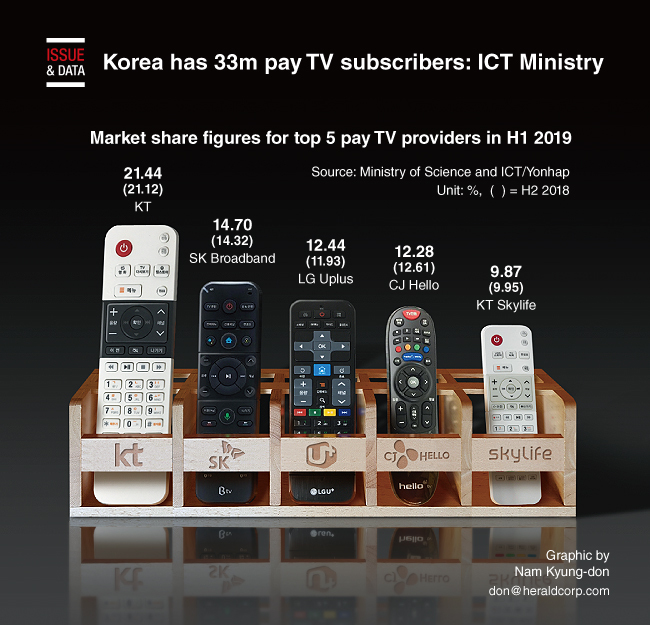 Fixed-line and telecom operator KT had the largest market share, over 21.4 percent, with just under 7.1 million subscribers. SK Broadband was next with 14.7 percent, followed by LG Uplus with 12.4 percent.

The next-biggest service providers, CJ Hello and KT Skylife, respectively held around 12.3 percent and 9.9 percent of the market. (Yonhap)