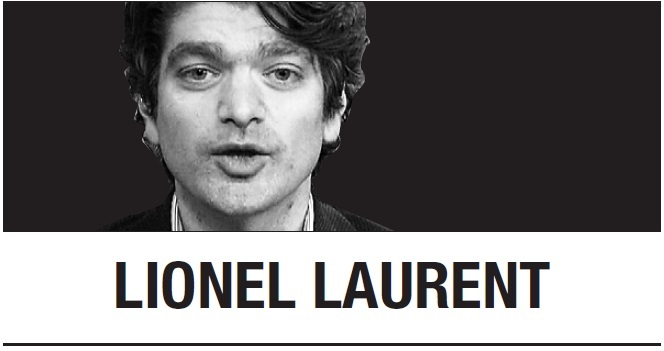 After a year of gridlock in Westminster that has frustrated the UK’s attempts to leave the European Union on amicable terms, British voters have handed Prime Minister Boris Johnson a thumping majority to do just that. They might also be handing Brussels a tough new competitor on Europe’s doorstep.

This is sobering for the EU, which is on course to lose an important economic and defense partner worth 14 percent of the bloc’s gross domestic product. It could have been much worse, of course: A messy “no-deal” Brexit has been averted, the remaining 27 members have stayed united and key negotiating objectives have been achieved: including the UK meeting its financial obligations, guaranteeing EU citizens’ rights and avoiding a hard Irish border.

Any relief is likely to be short-lived, however. The EU has to rebuild its relationship with a neighbor that hosts Europe’s No. 1 financial services hub, accounts for 40 percent of its military power and does about 640 billion pounds ($853 billion) of yearly trade with the bloc. The easy part is getting the Brits out of the door; the hard part is deciding how far to let them back in.

If it were up to Johnson, this would be simple. He is championing a bespoke EU trade deal, which he reckons can be signed in 11 months and which he says would ensure minimal disruption. It wouldn’t completely offset the financial impact of leaving the bloc: The UK in a Changing Europe think tank estimates a 1.1 percent to 2.6 percent hit to GDP. But it’s better than no deal whatsoever.

Unfortunately for the gung ho Johnson, the EU is a cautious beast by nature. Over the past three years, the Brexiters have regularly trumpeted their preferred kind of economic model: A rollback of EU rules that they see as costly and unnecessary, a new US trade deal that would give President Donald Trump a deregulating foothold in Europe and a low-tax regime that some describe as “Singapore-on-Thames.” Does anyone really expect the EU to give preferential market access to a tax haven on its border?

That’s why the warm wishes for Johnson from the EU’s leaders carried a subtle sting. “We will negotiate a future trade deal which ensures a true level playing field,” tweeted the new EU Council President Charles Michel. What this level playing field means exactly isn’t set in stone, but the EU will make sure that access to its market is tied to accepting its rules.

Zero tariffs and zero quotas between the soon-to-be-former partners are entirely possible, but they would only come with zero dumping, says the EU’s Brexit negotiator Michel Barnier. Brussels won’t open up to the City of London without making sure it abides by the same rules as Paris, Frankfurt and Dublin.

It’s unlikely that these talks will be easy. There’s no telling what negotiating persona Johnson will choose. Optimists believe his solid majority will soften his approach; he won’t be so beholden to Brexit hard-liners in his parliamentary party and he’ll need to safeguard the interests of the blue-collar voters that he seduced away from Labour (rather than just keeping rule-hating hedge funds sweet).

Still, Johnson’s strong mandate to “get Brexit done” may encourage him to play hardball. Trump, who has slapped the EU with trade tariffs, is on his side. France’s Emmanuel Macron is keen to bolster bilateral relations with the UK -- to protect French fisheries and harness Britain’s military might. Angela Merkel, a lame duck in German politics, may want to avoid a standoff that threatens her country’s faltering economy.

It would be folly, however, to believe that the EU will move far from the painstaking, legalistic approach that has served it pretty well since the Brexit vote in 2016 -- as evidenced by Johnson’s painful concessions in the withdrawal agreement. As ever, the defining purpose of Brussels will be to defend the single market and the rules that govern it. That doesn’t preclude a productive UK relationship, but it does cast doubt on a trade deal signed in 11 months giving Brexiters the buccaneering free-trading future of their dreams.

Johnson showed with his brutal casting aside of Northern Ireland’s Democratic Unionist Party that he’s happy to change course when necessary. No one should be surprised if he does so again.