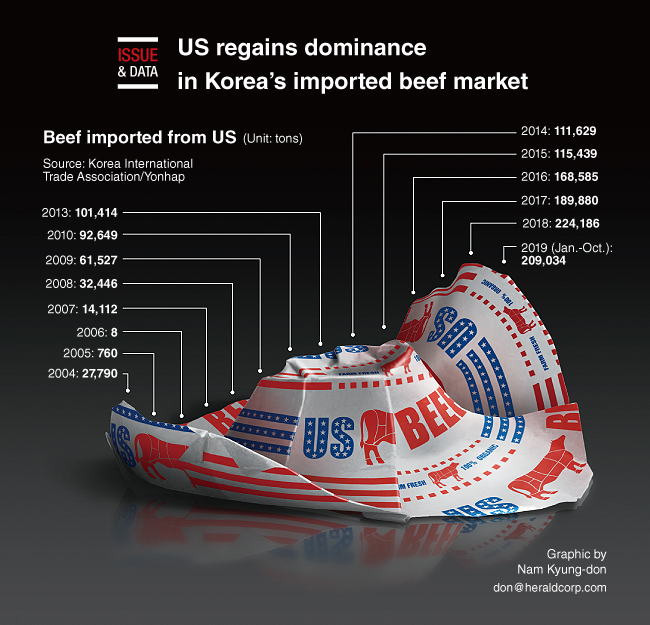 Korea imported 209,034 tons of US beef in the January-October period, up 7.9 percent from 193,685 tons tallied during the same period a year earlier, according to data from the Korea International Trade Association.

US beef made up more than 50 percent of all imported beef here for the first time since 2003, when Korea halted imports of US beef in the wake of a mad cow disease outbreak, KITA said. (Yonhap)