Ex-Justice Minister Cho is Twitter’s person of the year

It was the most mentioned social keyword on Twitter in Korea between Jan. 1 and Nov. 15. The “boycott Japan” movement followed in second place with over 1.3 million mentions in the cited period.

Former Justice Minister Cho Kuk, who resigned after submitting his proposal for prosecutorial reform, was the most-mentioned person of the year on Twitter, followed by President Moon Jae-in. 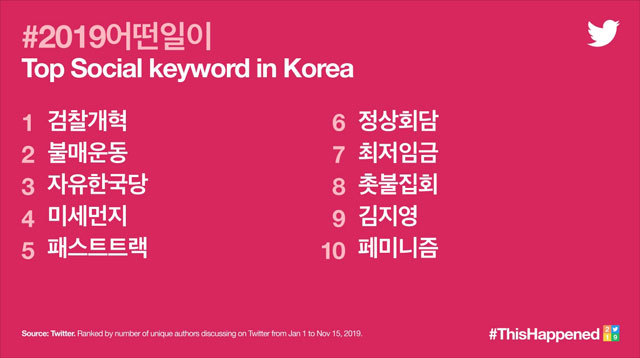 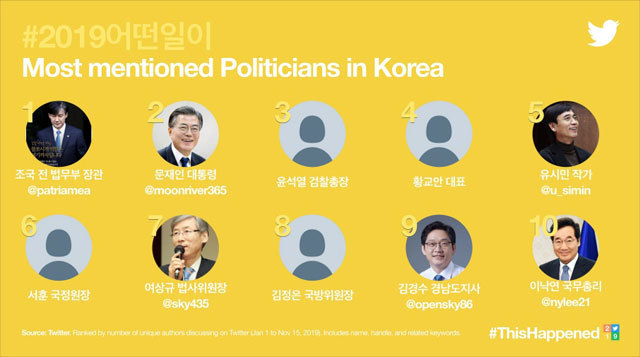 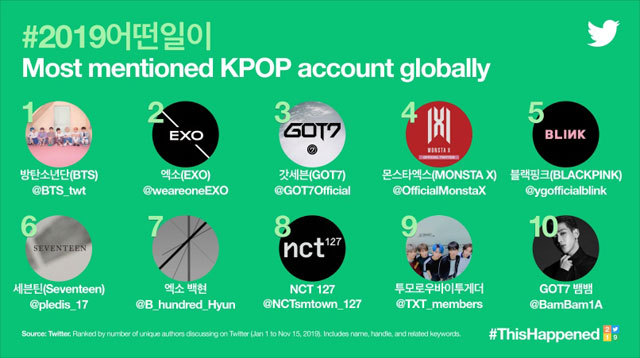 In the music category, BTS was the most-mentioned worldwide for the third consecutive year. In the K-pop scene, EXO, GOT7, Monsta X and Blackpink followed behind BTS.