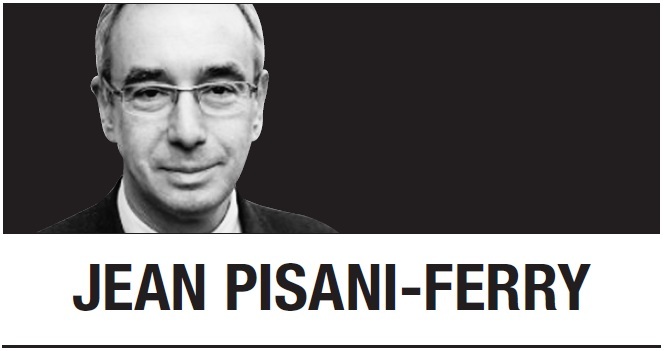 Nothing can be taken for granted in the United Kingdom these days, but it is now very likely that 2020 will be the year when Brexit finally happens. A majority of UK citizens will probably be relieved to bring this seemingly endless agony to a close, while most European leaders will likely be glad not to have to argue over another postponement. But questions will remain.

To the question of “Who lost Britain?” the answer must be, first and foremost, Britain itself. Whatever mistakes the European Union’s other 27 members may have made, they cannot be held responsible for the extraordinary behavior of the UK’s three equally amateurish governments of the last five years.

Yet, there are deeper lessons to be drawn from what happened in Britain. The first, as Wolfgang Munchau pointed out in the Financial Times, is that the battle in the UK over EU membership was lost long before it was fought. Since the 1990s, leading pundits and media outlets have routinely portrayed the EU as a stifling bureaucracy obsessed with expanding its own power; few senior politicians have dared to confront such prejudices.

Unfortunately, similar trends are currently visible in other core EU countries. In France, 56 percent of citizens -- as many as in the UK -- tend “not to trust” the EU. Working-class voters are especially negative. Confidence in the EU is stronger in Germany, but the European Central Bank’s policies are under attack. For years, horror stories circulated about hidden transfers to the South.

Germany’s bestselling tabloid Bild now claims that German savers lost 120 billion euros ($132 billion) during the tenure of former ECB President Mario Draghi, or “Count Draghila,” as the editors called him. Many politicians, like their British counterparts before them, find it easier to pander to such perceptions than to oppose them. This is paving the way for future backlashes.

At the same time, the EU should not exempt itself from a bit of soul-searching. When the UK’s then-Prime Minister, David Cameron, sought a temporary limit on immigrants from Central and Eastern Europe, it might have been advisable to work out a solution with him. And after the EU started Brexit negotiations with Cameron’s successor, Theresa May, it might have been wise to respond to her calls for a “bespoke” arrangement for the UK.

Since the June 2016 Brexit referendum, the EU27 have been surprisingly united, remarkably consistent, and astoundingly bereft of a strategy. Their stance has been motivated not so much by a desire to limit mutual damage, but rather by the fear that any softening in negotiations with the UK could lead to further fragmentation. Their apparent strength concealed internal weakness.

Bygones are bygones. The EU’s priorities now should be to keep mutually beneficial cooperation alive and to avert the danger of the UK pursuing an aggressive regulatory competition strategy.

Joint defense initiatives involving the UK and continental partners will most likely survive, cooperation within the multilateral system will almost certainly continue, and ad hoc projects will probably flourish. But the big casualty of Brexit risks being economic integration with the European single market.

A screw is a screw, and a bolt is a bolt. But the UK no longer produces screws and bolts. It is a major exporter of banking, insurance, accounting, communication and professional services, half of which go to the EU. Moreover, most of these services are regulated.

If the Brexiteers’ “take back control” slogan means anything, it implies substituting UK laws for EU legislation. On the day after Brexit, Britain’s regulatory regime will be identical to that of its EU trading partners, because the UK’s 2018 Repeal Bill copy-pasted all EU laws into domestic legislation. But as the UK Parliament gradually amends these laws, and the EU introduces new laws of its own, the two legal systems will start diverging. The question is: how far can they diverge without endangering economic linkages and destroying prosperity?

There are two possibilities. One is that the UK adopts laws that differ from those in the EU but are based on the same core principles. For example, there can be different ways to guarantee that insurance contracts offer the same degree of consumer protection, or to uphold bioethics standards. In that case, UK national laws would embody different approaches to regulation, and yet create only limited obstacles to trade in services.

The second possibility, however, is that the UK attempts to undercut EU legislation. In this scenario -- often dubbed “Singapore-upon-Thames” -- Britain would impose less stringent standards for financial stability, be softer on data protection and, or perhaps relax its labor laws, in the hope of attracting more investors and selling cheaper services. Such a move would rightly be regarded as uncooperative by the UK’s European partners, and would result in the EU cutting off market access for British services exporters -- most of which currently supply their continental clients directly from their UK base.

Which route will Britain follow? Ideally, it would agree with the EU on common principles and credibly commit to sticking to them. But because some of the most adamant Brexit supporters openly dream of completing the Thatcher revolution and turning the UK into a low-regulation paradise, the EU is understandably wary. There is a serious risk of a negative spiral of aggressive British deregulation and forceful EU tightening, with damaging consequences for services trade.

The EU should not ask the UK to copy slavishly its legislation. But it should make clear that aggressive regulatory competition is unacceptable and present the UK government with a black-and-white choice: either it agrees to commit to common principles and exercise regulatory self-restraint in order to maintain good access to the European market, or it refuses -- and exposes British firms to a severe, across-the-board curb on their ability to export to Europe.

Assuming Brexit happens, future historians will probably remember 2020 as the year when an enfeebled and vulnerable Europe chose to make itself feebler and more vulnerable. The task for its leaders now is to avoid making matters even worse.