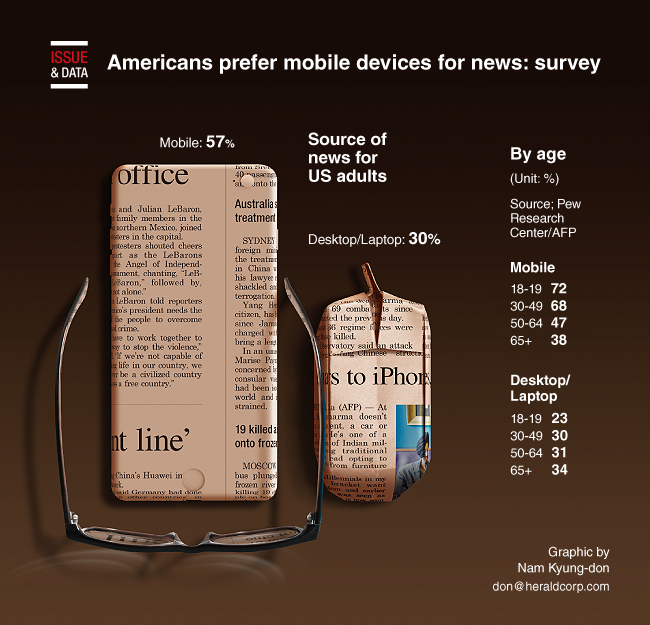 Americans rely on their mobile devices for online news far more than desktop or laptop computers, building on a trend that began several years ago, a survey showed.

The Pew Research Center report found 57 percent of US adults often get news from a smartphone or tablet compared with 30 percent from a PC.

The share of Americans who often get news on a mobile device is more than double the 21 percent who did so in 2013, the first time Pew asked this question.

The percentage who often get news on a desktop or laptop computer has remained relatively stable during this period. (AFP)