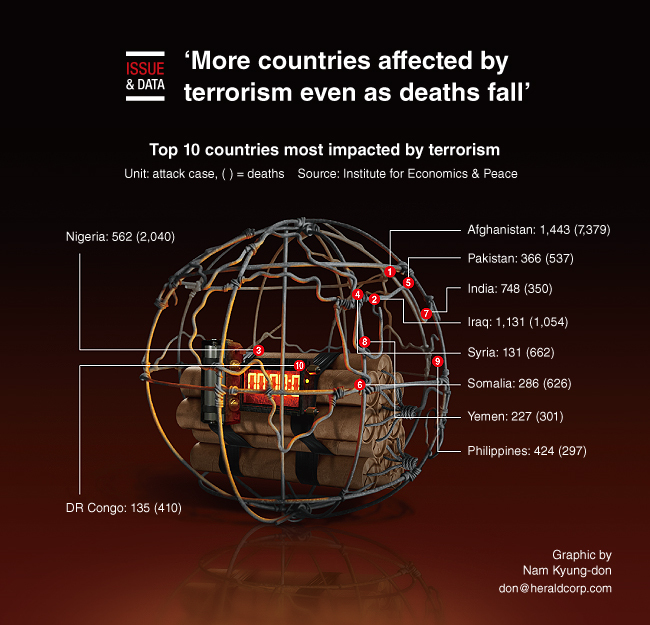 The number of global deaths from terrorism fell 15.2 percent in 2018, even as the number of countries affected by extremist violence continued to grow, the 2019 Global Terrorism Index showed.

From a high of 33,555 deaths in 2014, when the Islamic State group lured tens of thousands of jihadists to the Middle East, the number of terrorism deaths has more than halved to 15,952 in 2018, the index published by the Sydney-based Institute for Economics & Peace showed.