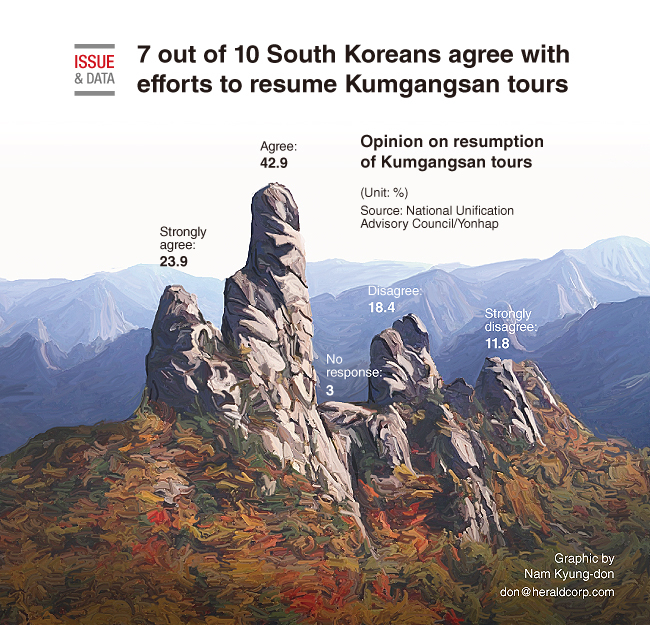 Seven out of 10 South Koreans are supportive of government efforts to resume a long-suspended inter-Korean tour program at Kumgangsan on North Korea‘s east coast, a recent poll showed, amid the North’s threat to end the cross-border project.

According to the survey, conducted by the National Unification Advisory Council, 66.8 percent of the respondents said they either strongly agree or agree with efforts to resume the Kumgangsan tour by allowing individual visits or in-kind payments to avoid violating sanctions imposed on Pyongyang.

Four out of 10 respondents said that improving relations with North Korea should be the top focus of government efforts to restart the tour project, while 33.7 percent said securing public support for the plan was the most crucial. (Yonhap)