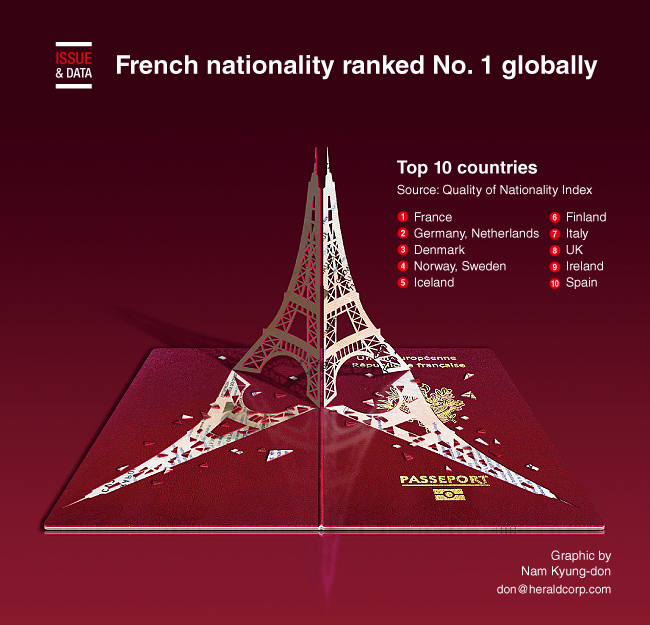 France topped a worldwide nationality ranking for the eighth consecutive year, ahead of the Netherlands and Germany.

The Kalin and Kochenov’s Quality of Nationality Index examines factors including the freedom to travel and settle, peace and stability, economic strength and human development to come up with a score.

European Union countries dominate the top of the index, “largely due to the liberal degree of settlement freedom permitted between member states, as well as the stand-out quality of many of the nationalities in and of themselves,” according to Henley & Partners, which publishes the index. (Bloomberg)