By Cho Chung-un
Published : Nov 27, 2019 - 16:33       Updated : Nov 27, 2019 - 16:33
Backed by diplomatic ties between South Korea and Southeast Asia, the nation’s sole aircraft manufacturer Korea Aerospace Industries is stepping up efforts to expand the sale of advanced aircraft to the region, touting its technological strengths and cost effectiveness.

Taking the ASEAN-ROK Commemorative Summit in Busan this week as an opportunity to showcase its cutting-edge aircraft to leaders of Southeast Asian countries, KAI said it hopes to contribute to expanding cooperation with defense industries in the countries to strengthen air defense capabilities.

Despite having limited budgets, Southeast Asian countries have been bolstering efforts to modernize their military systems by purchasing latest aircraft.

In particular, aircraft made in Korea has been part of military modernization projects, which have been carried out in Indonesia and Thailand in recent years, the company said.

“We have come to trust KAI more after seeing the production facilities and hope to continue our partnership,” the Malaysian premier said.

On the same day, Brunei’s Sultan Hassanal Bolkiah visited Gimhae Airport where KAI had displayed its aircraft, including the FA-50.

The Malaysian Air Force is currently in the process of introducing the next high-trainer and light combat aircraft. KAI has been pitching the light attack aircraft FA-50 to the country.

Currently exported to four countries -- Indonesia, the Philippines, Thailand and Iraq -- as well as the Korean Air Force, the FA-50 is a supersonic trainer for air combat training, best suited for next-generation fighter control.

Its maneuver and flight speed is similar to real-combat fighter jets. It can also be modified to carry out light attack missions, as it can be armed with air-to-ground missiles as well as air-to-air missiles, the company said.

KAI plans to complete its missile capability improvement project by the end of 2020.

Meanwhile, the KT-1 is a basic trainer with spin recovery ability and fuel efficiency. It has been recognized by customers for its performance, reliability, and operational efficiency, the company said. 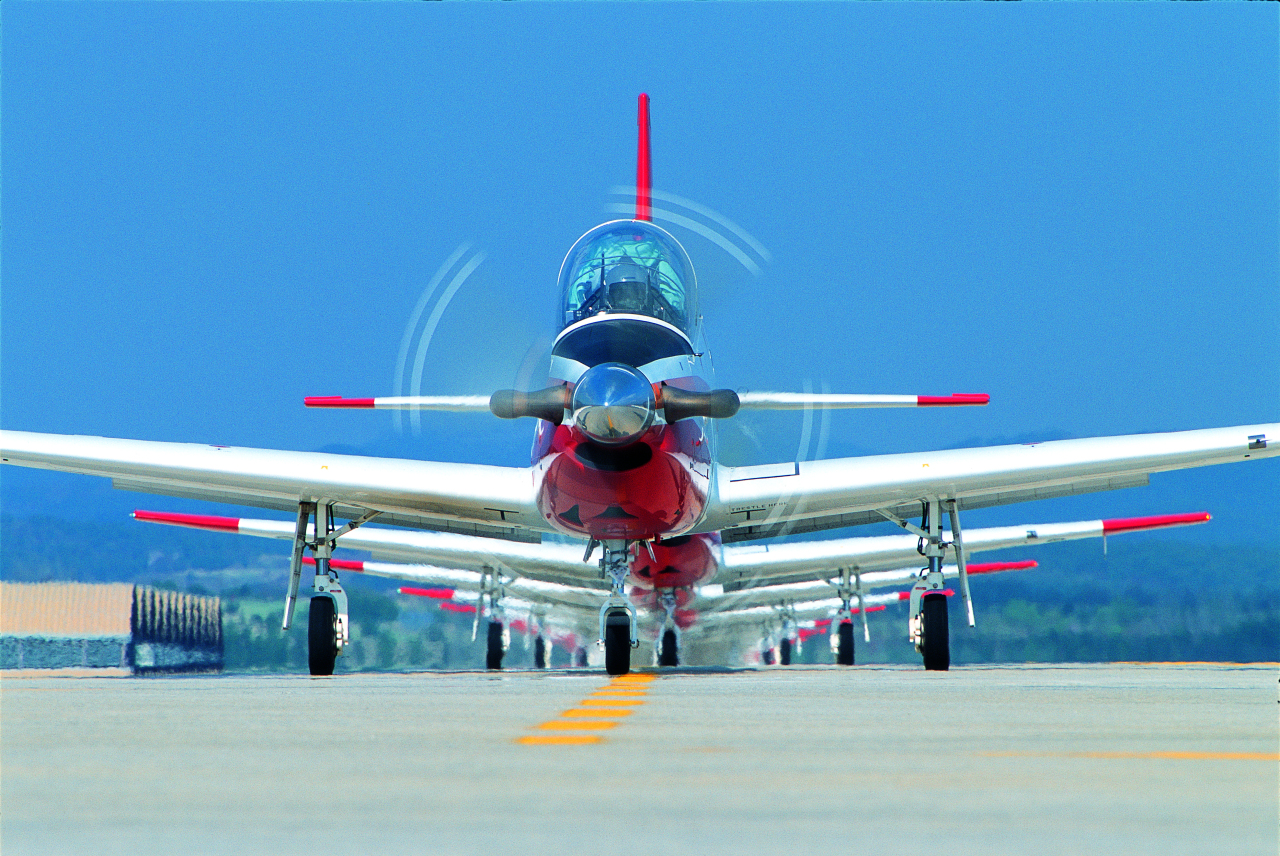 The aero defense company has replaced the analog-type dashboard of the KT-1 with a digitalized avionic suite, and it is in the process of product improvement to fortify its combat capability.

Deployment of the KT-1 along with the FA-50 will provide a chance to operate the same pilot training system developed by the Korean Air force, it added.

KAI has shipped the KT-1 to four countries -- Indonesia, Turkey, Peru and Senegal -- with a total of 190 units sold so far.

KAI’s Surion, a homegrown helicopter for multiuse, was developed to replace the Korean Air Force’s old choppers. It is deemed capable of carrying out missions day and night and even in harsh weather.

The twin-engine, transport utility helicopter has employed an integrated avionic suite to feature a computer-controlled digital interface with flat-panel display screens, replacing complicated control units that previously occupied much of the space inside choppers.


It is currently operated as the ROK Army utility helicopter and is expanding missions with the Korean police, marine police and other related public agencies, including the Ministry of Forestry.

Despite being a late starter compared to global rivals, KAI has built a reputation as a reliable aircraft exporter, developing a wide product lineup and derivatives.

According to Flight International, KAI was the world’s 37th aircraft manufacturer in terms of revenue this year, climbing 10 notches from last year. Starting with Indonesia, KAI exported 148 units of the KT-1 and T-50, worth 4 trillion won ($3.6 billion), to seven countries around the world.

Citing exports as its key driver for future growth, KAI CEO Ahn Hyun-ho said the 20-year-old company is in a critical stage to cement its status as an advanced aircraft manufacturer.

The company has formed a task force to seek ways to expand overseas shipments and renew its business strategy.