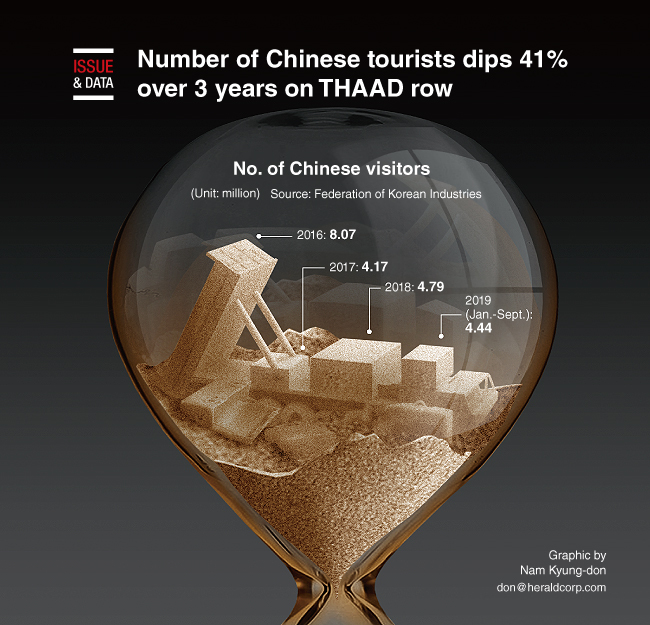 South Korea suffered a tumble of about 41 percent in the number of visiting Chinese tourists over the past three years, since its decision to deploy an advanced US missile defense system here, according to a recent report.

A total of 4.79 million Chinese travelers visited South Korea in 2018, down 40.6 percent from 8.07 million two years prior, according to the report from the Federation of Korean Industries.

In contrast, the number of Chinese tourists to Japan surged 31.4 percent to 8.38 million over the cited period, indicating Tokyo benefited from a standoff between Seoul and Beijing over the missile defense system. (Yonhap)