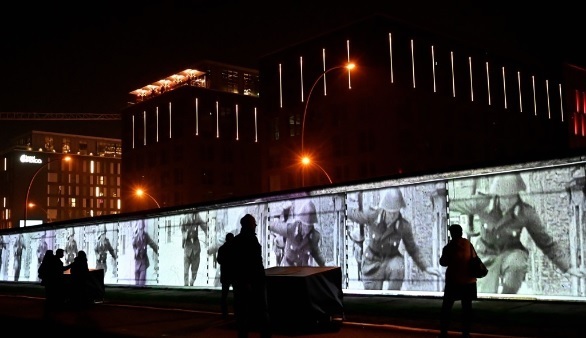 1. Berlin celebrates 30 years since fall of the Wall

[1] German President Frank-Walter Steinmeier urged the United States to be a “mutually respectful partner” and reject nationalism, in a clear salvo aimed at US leader Donald Trump as Germany on Saturday marked 30 years since the fall of the Berlin Wall.

[2] Recalling United States’ key role in helping to bring down the hated Wall separating communist East Germany from the capitalist West, Steinmeier said he still hears the late US President Ronald Reagan’s cry of “tear down this wall” at the iconic Brandenburg Gate.

[3] But in a swipe at Trump’s America First policy and his insistence on building a wall on the southern border with Mexico, Steinmeier voiced a yearning for a return of the transatlantic partner of the past.

[4] The German president’s sharp words, as he opened festivities at the spot where Reagan once stood, underlined growing tensions between the traditional allies.

2. With 2 more Big Bang members discharged from military, what now?

[1] Taeyang and Daesung of K-pop group Big Bang returned to civilian life on Sunday after finishing their 20-month compulsory military service, drawing attention on Big Bang’s next move with all members now having completed military service.

[2] The two vocalists -- who enlisted in March last year -- greeted hundreds of fans who gathered to congratulate them on their discharge early Sunday morning at Ground Operation Command in Yongin, Gyeonggi province.

[3] Taeyang and Daesung served in Cheorwon and Hwacheon in Gangwon province, respectively. The Defense Ministry changed the site of their discharge as the two military bases are located in areas still considered exposed to African swine fever and a huge crowd of fans was anticipated at their discharge.