[Daniel Moss] Trade war frontlines are friendlier than you think 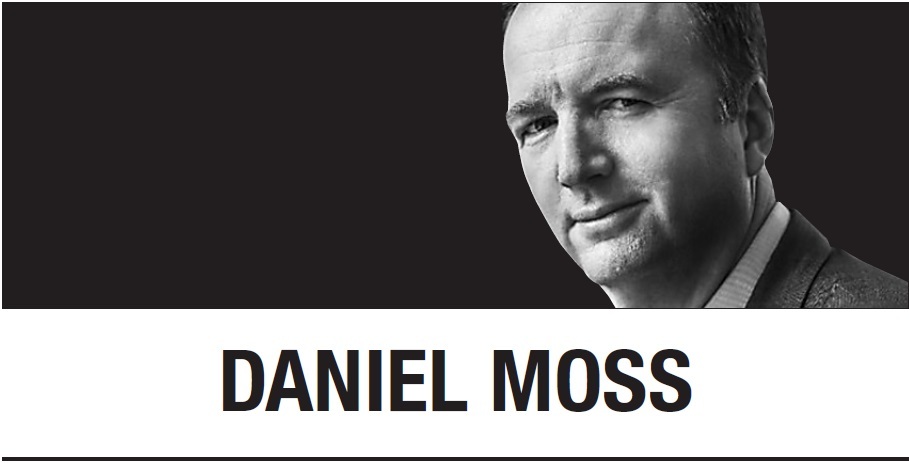 The island of Tsushima, halfway between Japan and South Korea, is about as close as you can get to the frontline of their trade war. Now part of Nagasaki prefecture, waves of Korean cultural, commercial and military influence have crested and receded over the hills of this verdant island since the Middle Ages.

Here it’s apparent that centuries-old ties between the nations can’t be unwound by political rhetoric spewing from capital cities hundreds of miles away. Economic life crawls along, with a determination to do whatever it takes to weather this moment in Seoul-Tokyo relations. Survival depends on it.

Tension between these two industrial powerhouses heated up in July, when Prime Minister Shinzo Abe restricted exports of certain materials vital to Korea’s technology industry, citing concerns about nuclear-weapons proliferation. Many suspect this was really a response to recent Korean court decisions that determined some big Japanese companies must pay damages for forced labor during World War II and the occupation. Japan says all claims were covered under a 1965 treaty and faulted Seoul’s handling of the issue.

Then in August, during the peak of the summer tourist season, Abe removed Korea from a list of trusted export destinations. Korea responded by giving notice it would pull out of an intelligence-sharing pact.

The economic damage has been profound. Korean visitors to Japan fell 60 percent in September from a year earlier. Exports of some industrial gases from Japan have plummeted to almost zero. The spat has undermined a Korean economy already crunched by the China-US trade clash; and exports have fallen for 11 consecutive months.

In bustling cities like Seoul, Koreans have boycotted Japanese shops and restaurants, and protesters have spilled into the streets. Yet I saw none of this antipathy in Tsushima. About a two-hour ferry ride from Busan, South Korea’s second-biggest city, the island’s lifeblood flows Korean, even if it’s technically inside Japanese waters.

In the town of Hitakatsu, a few feet from Japanese customs and immigration at the wharf, locals turned out with a big banner, written in Korean, welcoming arrivals. It’s a way for residents to show their appreciation for visitors, one greeter said, whose numbers have plummeted since relations between the two governments soured this summer. The 400-seat boat was almost empty, save a handful of seniors with fishing rods and tackle (some took their catch with them back to Korea). Tsushima is usually buzzing with Korean travelers who come for duty-free shopping, fishing and long weekends in the island’s picturesque hamlets. All that’s over, at least for now.

At noon on a warm, cloudless day, Hitakatsu was deserted: A car rental place near the dock was shuttered, as were most restaurants. Taxis were neatly parked in their company garage, clean and shiny, waiting for riders who don’t come. Duty-free stores had more staff than customers. The one vendor open was the Chinguya & Kiyo cafe, where my interpreter and I were the only patrons. The barista testified to tough times; business is down about 90 percent since July, he says.

Business at a nearby restaurant has also collapsed, according to owner Kousaku Nakamura, a Tsushima native, who’s been running the place for three decades. Once a Korean television star, Nakamura has been featured on cooking and tourism programs. His eatery displays a blown-up photograph of himself from Korean Broadcasting System, a testimony to happier times. Over lunch of barbecue beef, he noted that the current flare-up is especially unhelpful given the slow-burn demographic crisis in provincial Japan.

For all the pain of the moment, local Japanese sound philosophical about links between their country and Korea. You can even see the coastline near Busan from a Korean-style pagoda nestled in the hills outside Hitakatsu. The relationship has had ups and downs for millennia, they noted. Better times will return, they said.

Back down at the dock, townspeople have turned out again with a banner in Korean to wave and shout fond farewells to the departing afternoon ferry back to Busan. They sure need us to come back.