[Navjot Sangwan] The caste of credit in India 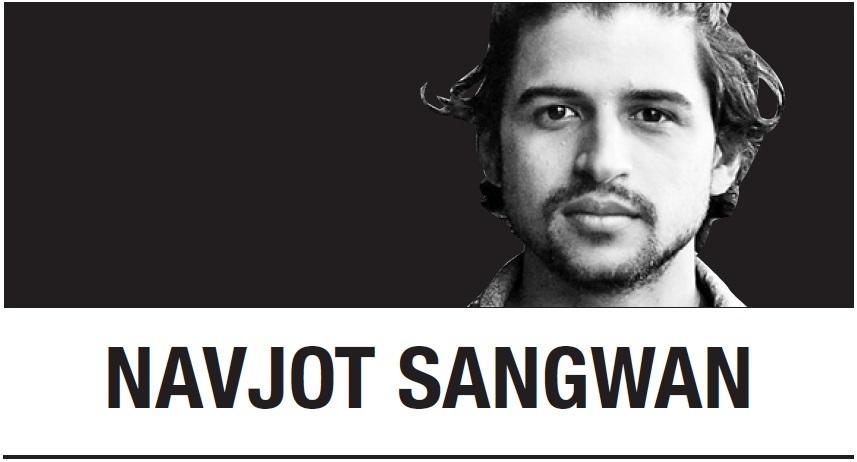 In 1950, the newly independent India officially abolished its caste system and outlawed discrimination against the Dalits, known as “untouchables,” who had been relegated to the bottom of that rigid social hierarchy. This attempt to right historical wrongs was underpinned by a virtuous capitalist vision of thriving Dalit businesses that lifted their owners to a level of social and economic respectability that eroded prejudice against them.

But India’s caste system, buttressed by 3,000 years of history, has proved highly resilient. Despite nearly seven decades of well-meaning government intervention, caste identity continues to pervade every aspect of rural life in India, with Dalits facing deeply entrenched prejudice that impedes their ability to build better lives for themselves and their families, and to contribute significantly to India’s economy.

India’s castes are traditionally defined in terms of the jobs their members hold. For Dalits, that has typically meant punishing labor in mines and quarries, in hot-spice farming, or brick kilns. Menial or unhygienic jobs -- unblocking sewers, disposing of human waste, stripping animal carcasses -- go largely to Dalits.

For all their hard work, Dalits frequently receive little or no pay. Though forced labor has been illegal in India since 1976, the government estimates that over 18 million Indians -- largely Dalits -- are unpaid workers or held in debt bondage. Despite comprising more than one-fifth of India’s population, Dalits control less than 5 percent of the country’s resources. One-third of India’s Dalit population live in absolute poverty, and less than 10 percent of Dalit households can afford safe drinking water or toilets.

This cycle of poverty has proved extremely hard to break. India has a free-market economy, in which entrepreneurship is valued and encouraged. But while there have been a few inspiring Dalit success stories, they stand out precisely because of their rarity. Despite a raft of quotas, grants, and subsidies aimed at eradicating the caste divide, Dalit entrepreneurs still lack access to the financing they need.

Higher-caste entrepreneurs seeking to start or expand their businesses can generally rely on a legitimate government-backed credit system to extend the needed financing. Dalits cannot. According to a recent study, Dalits are less likely than others to receive credit from formal financial institutions, and those who do receive lower amounts on less generous terms, which may drive them to unscrupulous lenders. Small wonder, then, that Dalit businesses struggle to compete.

One might argue that the disparity in access to credit is tied to differences in income, assets, or education. But the evidence suggests that direct caste discrimination also plays a role. Dalits routinely relay stories of being derided, humiliated and bullied in rural banks. The abovementioned study confirms that banks have discriminated systematically -- but subtly -- against lower castes, in a range of “creative” ways. Loan applications from Dalits are discouraged, additional references are demanded, only small loan applications are approved, higher collateral requirements and interest rates are imposed, loan extensions are denied, long waiting times are enforced for opening bank accounts, and there is a lack of help when filling out complex application forms. This is not only immoral; it is sapping India of 20 percent of its entrepreneurial potential.

The problem extends beyond business loans. Dalits also face a broader lack of financial inclusion, which adds more fuel to this self-perpetuating cycle of prejudice and poverty. In 2016, when Prime Minister Narendra Modi’s government implemented its rapid demonetization -- removing 500- and 1,000-rupee banknotes from circulation, in order to reduce corruption -- the poor and financially excluded Dalits suffered far more than any criminal.

India’s government must now channel the considerable political will to eliminate caste discrimination toward ensuring that the financial sector improves Dalits’ access to its services. What is required is a multipronged approach that accounts for the factors behind the persistence of caste discrimination.

For example, some lenders may be motivated by a deep-rooted aversion to Dalits, born of old cultural norms and beliefs. Others may assume that the Dalits lack the education or experience to use their loan wisely. Some studies suggest that Dalit borrowers themselves may trigger lenders’ prejudices, through a cultural reluctance to broadcast their entrepreneurial activities, to engage in direct negotiation, or to take big risks.

India cannot escape history, but it can address its legacy. Unless the government takes concrete steps to ensure that Dalits can thrive economically, the country will never repay its moral debts, and its society will never be whole.


Navjot Sangwan
Navjot Sangwan is an economics lecturer at the University of Greenwich and a researcher on financial inclusion in developing countries. -- Ed.