The second consortium is led by an industry organization of owners of small businesses in Seoul, the Financial Services Commission (FSC) said in a statement. The third consortium is consisted of five people, it said.

The FSC “plans to make a decision on whether to give initial approval in December,” the statement said. 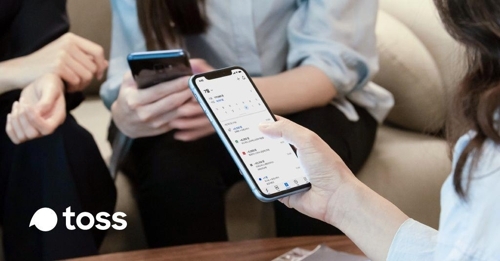 The move came five months after the FSC rejected applications by two consortia -- one led by Viva Republica and one by Kiwoom Securities -- citing a lack of fundraising preparation and technical progress in their business plans.

Earlier in the day, Kiwoom Securities said it decided not to apply for a license for an internet-only bank.

FSC Chairman Eun Sung-soo said earlier this month that his commission will make efforts to grant a preliminary approval for a new internet-only bank by the end of this year in a move to promote growth in the banking sector.

The approval, if made, would set the stage for fierce competition to increase market share in the banking industry in a country where a growing number of people do their banking on their computers or smartphones without visiting bank branches.

Viva Republica said it holds a 34-percent stake in its consortium, with KEB Hana Bank and the Korean unit of Standard Chartered bank owning stakes of 10 percent and 6.67 percent, respectively, in the consortium.

Viva Republica, one of South Korea’s best-known fintech firms, has attracted investments worth about 220 billion won (US$185 million), including 55 billion won from Paypal, the biggest online payment firm in the U.S.

In 2017, two internet-only banks -- K-Bank and Kakao Bank -- began to offer their services 24/7 without face-to-face contact with customers and without bank branches.

The banking transformation has prompted traditional banks to cut commission fees and revamp their online and mobile banking services to try to stay relevant in one of the world‘s most wired countries.

Last September, the National Assembly passed a bill that allows a non-financial firm to boost its stake in an internet-only bank beyond the 4 percent ownership ceiling.

The ceiling was intended to prevent big business conglomerates from exploiting a bank as a private vault. However, critics said it discouraged technology firms from making inroads into the financial sector. (Yonhap)