It also lowered the outlook for South Korea to 2 percent, slashing 0.6 percentage point from its earlier outlook, data showed. 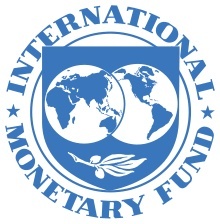 In its World Economic Outlook Update, the IMF said that the world economy will grow 3 percent in 2019 and 3.4 percent in 2020.

It is also the lowest growth pace since financial crisis, when the world was reeling under the consequences of the Lehman Brothers collapse in 2008.

Since slowing down drastically from the second to fourth quarter last year, the world economy has prolonged a weak growth trend, according to the IMF report.

The dampened manufacturing industries, trade tensions, geopolitical risks, and worsened sentiment in the financial sector were reflected in the latest adjustments, it said.

The IMF specifically cited the US-China trade friction, the export restrictions between South Korea and Japan, and the no-deal Brexit as key downside risks.

While key Asian economies such as Hong Kong and Singapore also face the spillover effect of China’s economic slowdown and its conflict with the US, South Korea was forecast to grow 2 percent this year and 2.2 percent next year.

These yearly figures, both down 0.6 percentage point from the April suggestion, are visibly lower than the 2.4-2.5 percent range suggested by the Korean government and the 2.2 percent set by the Bank of Korea.

Meanwhile, Deputy Prime Minister and Finance Minister Hong Nam-ki departed for Washington, DC on Tuesday night on a weeklong trip. He is set to attend the annual meetings of the IMF and of the World Bank, as well as the G-20 ministerial summit.