By Kim Bo-gyung
Published : Oct 14, 2019 - 15:13       Updated : Oct 14, 2019 - 15:13
Top officials from ASEAN countries and South Korea will hop on a train to travel across the country alongside citizens of the participating countries. The event, marking the 30th anniversary of ASEAN-Korea dialogue, also aims to promote next month’s ASEAN-Korea summit in Busan, the organizers said Monday.

“The program aims to promote people-centered connectivity between ASEAN and Korea under the overarching theme of People, Prosperity, and Peace. … The journey will be featuring on-board performances and city-specific events, covering topics relevant to the 3-P pillars of the New Southern Policy,” the ASEAN-Korea Center said in a statement. The policy’s 3-P pillars are people, prosperity and peace.

Organized by the ASEAN-Korea Center and hosted by the Ministry of Foreign Affairs, the four-day train ride, themed “advancing together,” will be an official side event for the summit in November. 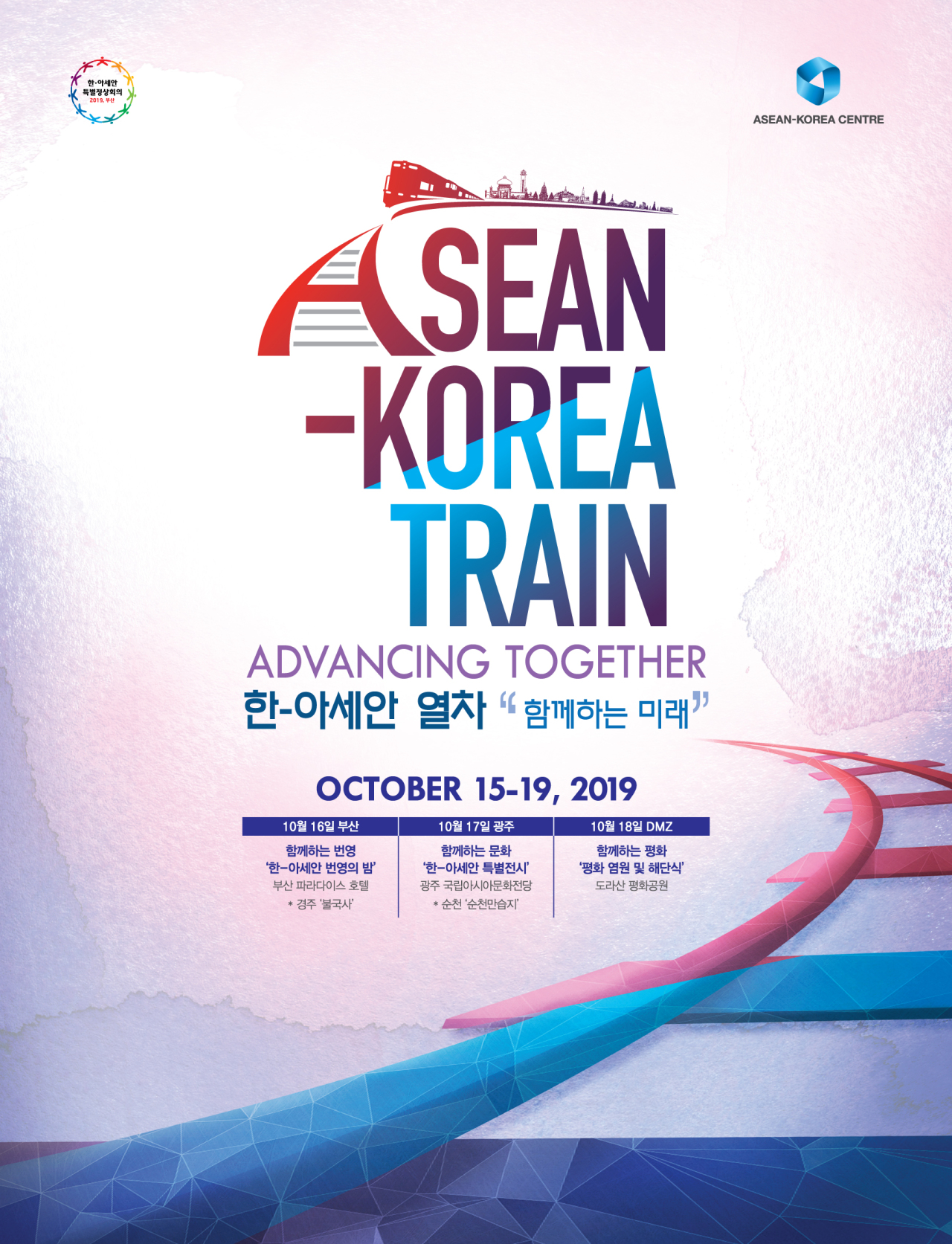 The activity will kick off at Seoul Station early Wednesday morning and make stops at top tourist destinations such as Gyeongju, southern port city Busan and Gwangju.