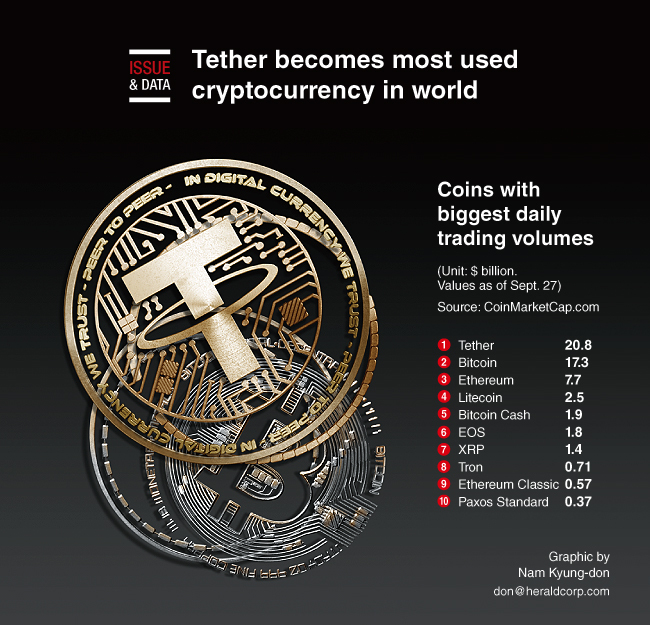 What’s the world’s most widely used cryptocurrency? If you think it’s Bitcoin, which accounts for about 70 percent of all the digital-asset world’s market value, you’re probably wrong.

While concrete figures on trading volumes are hard to come by in this often murky corner of finance, data from CoinMarketCap.com shows that the token with the highest daily and monthly trading volume is Tether, whose market capitalization is more than 30 times smaller.

Tether’s volume surpassed that of Bitcoin’s for the first time in April and has consistently exceeded it since early August at about $21 billion per day, the data provider says. (Bloomberg)