The new search function will be launched as a beta version with a focus in beauty and travel sectors at the end of this year, Naver CEO Han Seong-sook said during Naver Connect 2020, an annual event that shares the company’s focus and strategy for the next year.

Influencers, referring to individuals who can have purchasing influence over customers, have multiple channels to attract followers from various sources, and they can connect their channels to the search results. 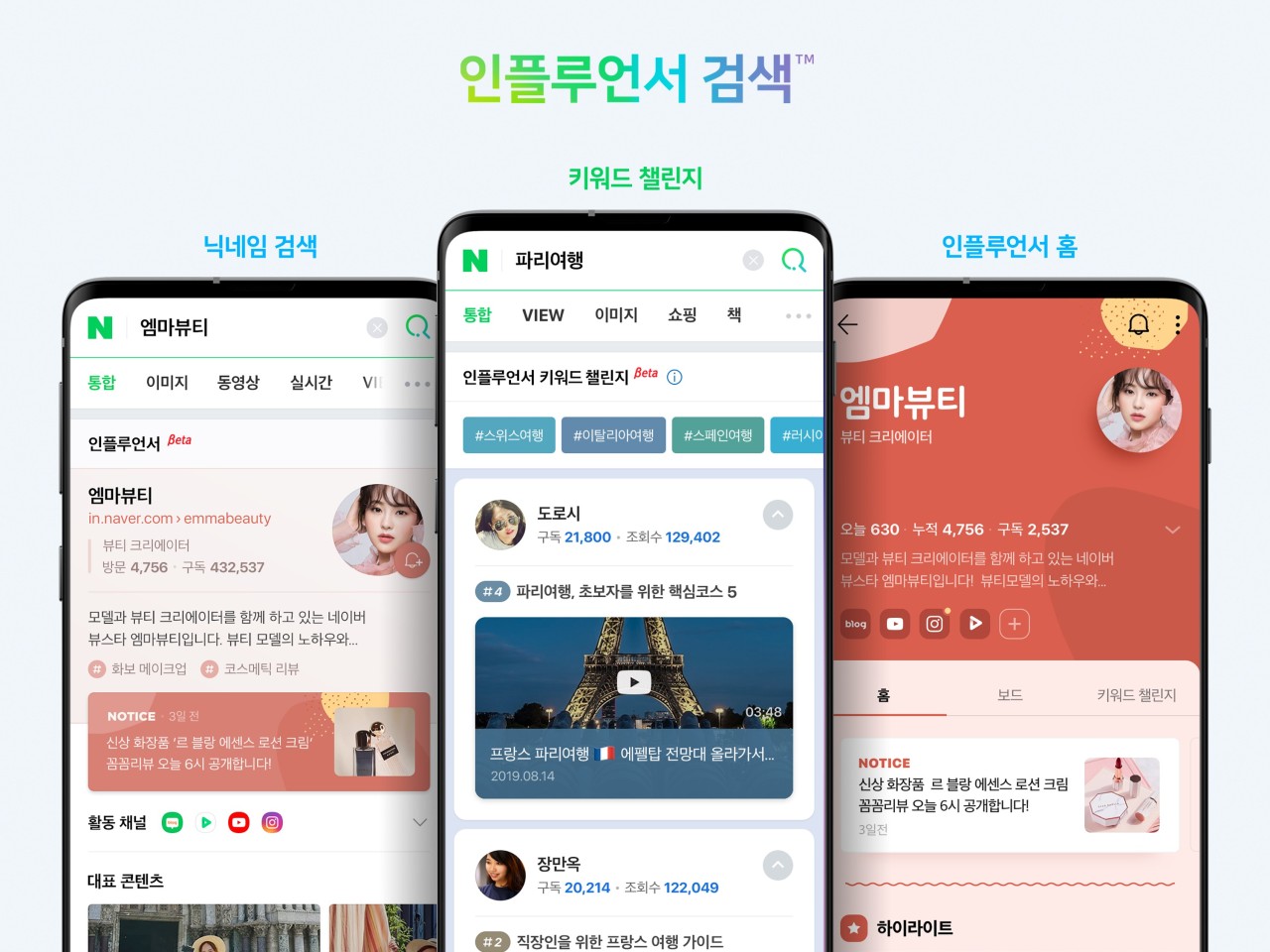 “We have been focusing on linking the best online contents with users. The importance of contents itself aside, who makes that contents and recommends it are becoming more significant in deciding how people consume them,” said Han. “We will focus on more creators so that we can better match creators and users.”

Naver also promised a better compensation scheme for content creators. “The highest-earning ‘power blogger’ earned 200 million won ($166,880) but the number of people who get paid more will increase in 2020 when we expand our optimized compensation plan,” she noted.

“The technology platform Naver pursues is not one where we decide the methods of interaction among users. We will design the platform in a way creators and users can decide on their own methods.

Commenting on the competition with YouTube, Han said users come to Naver with a different purpose.

“When users look for video contents, they go to YouTube. But when you want to find the most optimized research for certain keywords, they come to Naver,” Han said. “Regardless if it’s texts or videos, we always ponder how to bring best contents in any form users want.”