A “yellow warning,” the second lowest of the four-phase travel advisory system, calls for Korean citizens to refrain from traveling to the nation, the ministry said in a release.

The warning is to ensure the safety of Koreans staying in or planning a trip to the country, as there has been a spike in clashes between citizens and law enforcement in the face of economic hardships, it said. 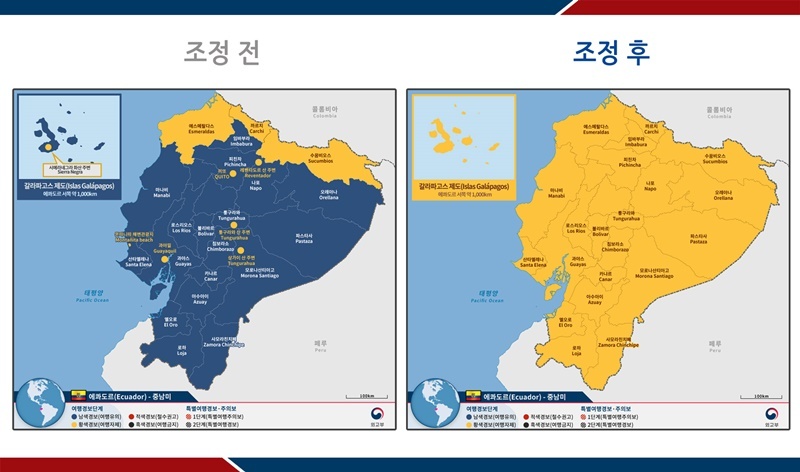 The ministry will keep close tabs on the protests and overall security situation there so as to promptly react with appropriate travel warning measures, it added.

The protests came after the Ecuadorian government scrapped fuel subsidies early this month under an austerity plan as agreed with the International Monetary Fund to overcome the economic crisis. The decision has jacked up fuel prices by up to 120 percent.

Ecuadorian President Lenin Moreno has declared a state of emergency, with riot police taking stern actions to quell the protests. The clashes have so far left one dead, with hundreds of others injured or detained. (Yonhap)