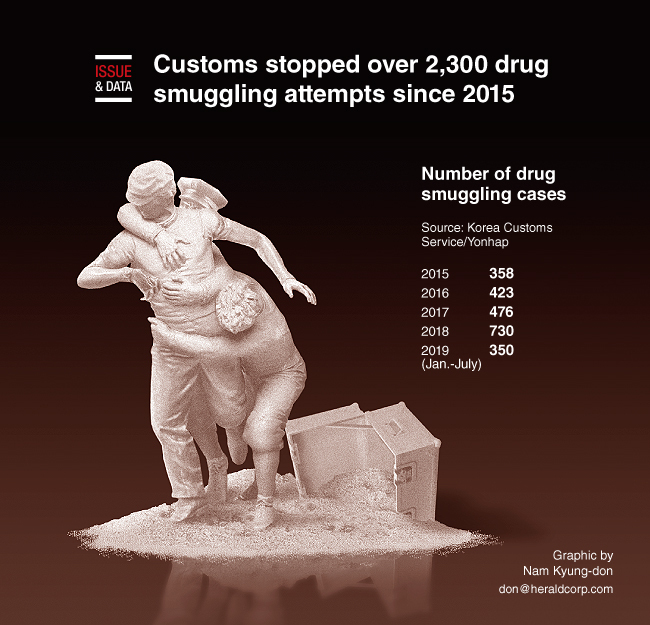 The number of drug smuggling cases in South Korea over the past five years exceeded 2,300, data from the Korea Customs Service showed.

A total of 2,337 instances of drug smuggling were discovered here from 2015 to July this year, resulting in the seizure of illegal drugs with a total street value of 1.43 trillion won ($1.2 billion), according to the customs data released by Rep. Shim Jae-cheol of the main opposition Liberty Korea Party.

The number of drug smuggling attempts to come to the attention of local authorities has steadily grown in recent years, the data showed. (Yonhap)