According to the finance ministry, 261 billion won (US$218 million) in prize money offered by Lotto, the most popular offline lottery ticket, has not been claimed by winners in the 2014-2018 period.

The ministry said the right to claim Lotto prizes expires after one year and the unclaimed winnings are carried over to a state social welfare fund.

Sales of Lotto tickets here reached an all-time high in 2018 though their growth slowed amid an absence of new sales outlets. 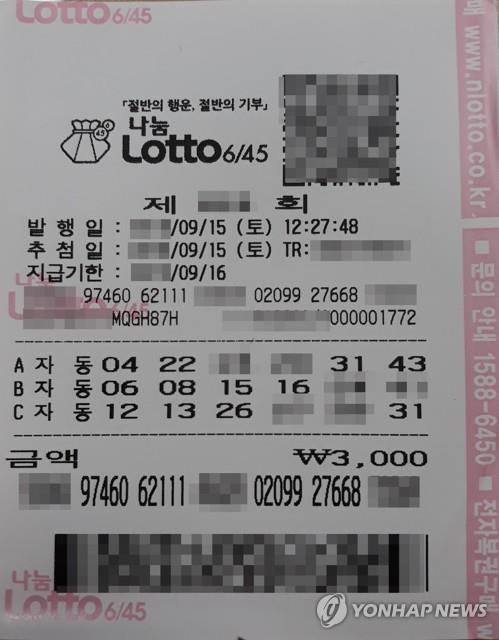 The previous record was set in 2003, when sales reached 3.82 trillion won. That year, a buying frenzy gripped the nation after a winner received a record prize of 40.7 billion won that included money carried over from previous draws. (Yonhap)