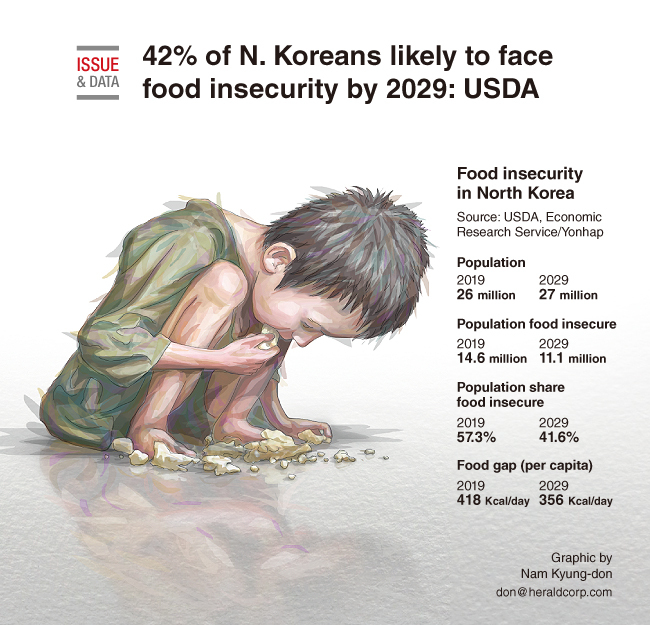 Forty-two percent of North Korea’s population is expected to remain food insecure even 10 years later, a recent US Department of Agriculture report said, as the impoverished country grapples with worsening food shortages.

Referring to North Korea as one of Asia’s “most food-insecure” countries, along with Yemen, the International Food Security Assessment, 2019-2029 by USDA’s Economic Research Service showed an estimated 57.3 percent of North Korea’s population, or 14.6 million people, were food insecure in 2019.

According to the report, North Korea’s real per capita gross domestic product is projected to grow 1.1 percent a year between 2019 and 2029, “an improvement over the negative growth rates seen during 2013-18,” and domestic grain prices are also forecast to decline during the period. (Yonhap)