At Darobe, those ingredients, transformed into a multi-textured, flavorful crust, formed the foundation for the artisanal pies Kang started serving when he first opened his pizzeria in Seoul’s Seongsu-dong two years ago.

Fast forward to August, Kang is at the second location of Darobe in Seoul’s Nonhyeon-dong, which just opened a stone’s throw away from Hakdong Intersection.

“It took me 17 years to open my own spot,” Kang recalled, thrilled at how quickly Darobe has grown within a couple of years.

True to his roots -- Kang has been mastering Neapolitan-style pizzas for over a decade -- there are plenty of pies on the menu, from classic Margherita to Darobe’s popular Bismarck.

“The base is ricotta, buffalo mozzarella and provolone,” Kang revealed, explaining how he wanted to pair the creaminess of ricotta with the chewy texture of mozzarella and the dairy-rich scent of provolone.

That milky, creamy and mild pairing of cheeses allows the pizza crust to shine through with its intense elasticity and nutty aromas.

Kang’s approach to pizza reflects the years he spent, including time spent in Naples eating his fair share of Neapolitan pizza, thinking about, dreaming about and making pizza.

He believes in an oven powered solely by wood and a long fermentation for his dough, which influenced the decision behind what kind of flour to use.

“We ferment our dough for 15 to 17 hours,” Kang said, breaking down the process behind his dough, which involves a longer fermentation than the traditional Neopolitan pizza, if one adheres to the guidelines set forth by the Associazione Verace Pizza Napoletana -- pizzanapoletana.org -- which recommends the dough be left to rise twice for approximately eight hours.

According to the official Caputo website -- mulinocaputo.it -- Saccorosso flour boasts a slightly higher protein content than Caputo’s pizzeria flour and helps one create “high, soft and flavored cornicione,” which refers to the outer rim of the pizza crust.

For his pizzas, Kang uses a high-temperature, wood-fired Acunto Napoli oven that he powers solely with dried, domestic oak -- transforming Darobe’s dough into a beautiful, bronzed, flavorful crust in one minute and 30 seconds. Kang emphasized the time it takes to make his pizza.

As the foundation for Darobe’s Bismarck that chewy, ever-so-slightly buoyant crust with its walnut-hued exterior and nutty flavors pairs well with mild cheeses, unctuous egg yolk -- which Kang calls the “sauce” of this pie -- saline ribbons of prosciutto, that rich slick of truffle oil and fragrant leaves of basil.

The pizza menu at Darobe is the same at both locations, Kang explained, so that pizza aficionados looking for a slice of Bismarck or another one of their favorite pies will not be disappointed when taking a seat at the new location.

At the Nonhyeon location, however, Kang plans to expand his repertoire of non-pizza, wood-fired eats, exploring what other dishes he can create with his high-temperature oven. 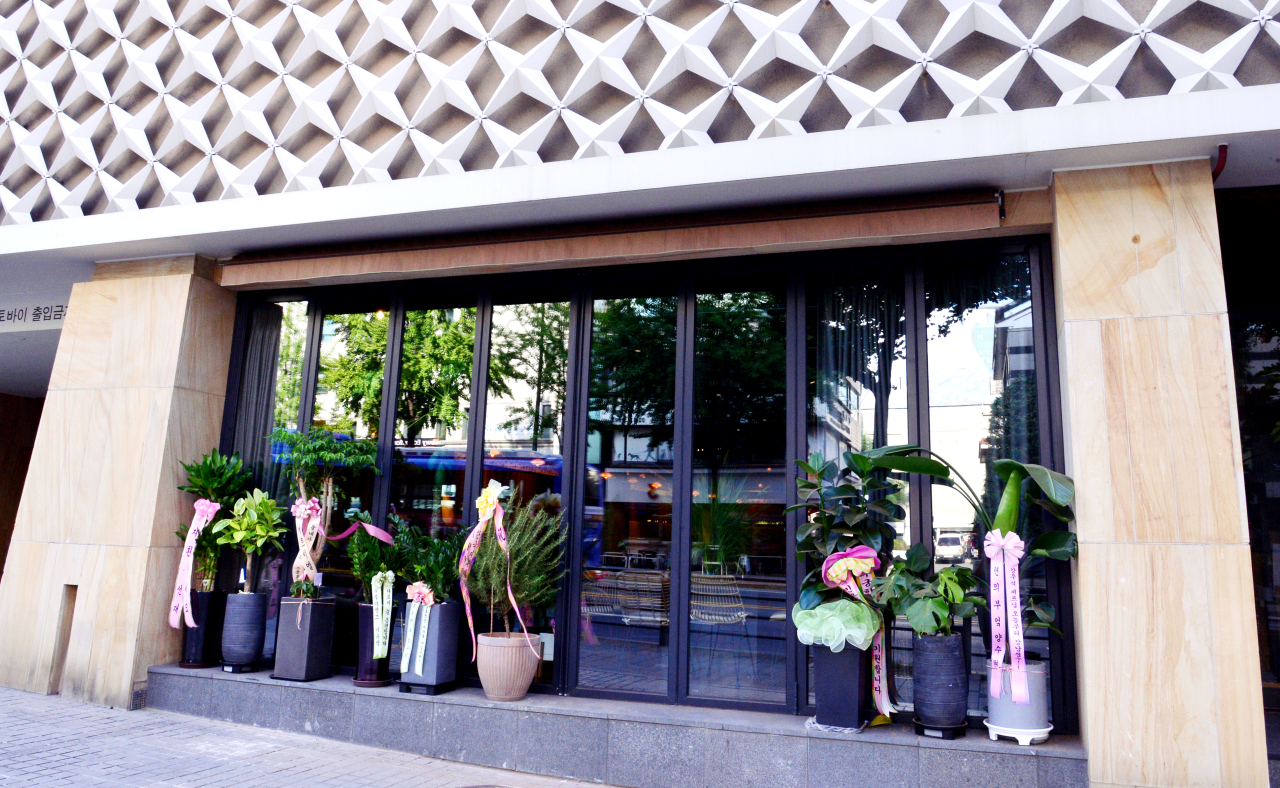