[Graphic News] US public has ‘unfavorable’ view of China 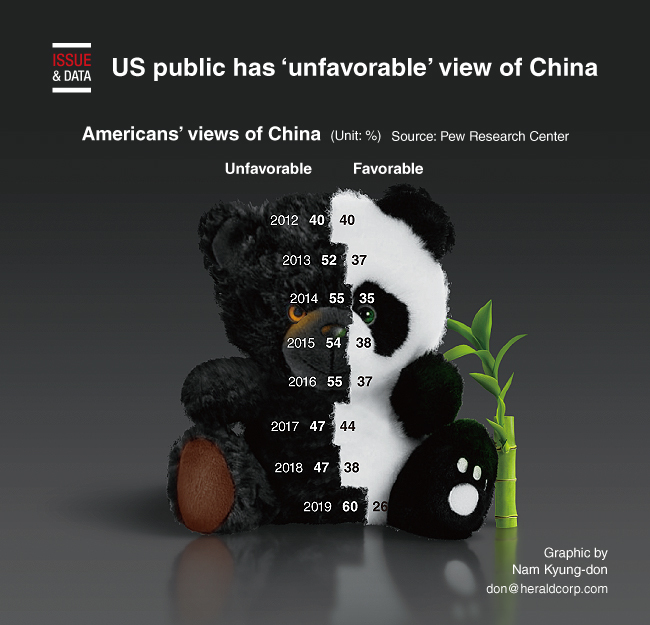 The US public’s view of China has plummeted amid a surge in strategic and trade tensions in recent years, the Pew Research Center reported.

The group said 60 percent of Americans have an unfavorable view of China, the greatest percentage in the 14 years since the survey began and up from 47 percent a year ago.

But more Americans saw China as a military threat than an economic threat, despite the showdown over trade launched by President Donald Trump after he took office in 2017.

A majority of those polled - 53 percent - believed economic relations with China were strained, but half saw China’s growing economy as good for the US, while 41 percent saw it a bad thing. (AFP)