The electric bus is a joint project between Korea and Thailand, led mainly by Korean automaker Edison Motors, which currently provides public transport services with eco-friendly buses at Namsan in Seoul and on Jeju Island.

The project involves 11 organizations from both sides, including Korea’s Industry Ministry and Korean Energy Technology Evaluation and Planning. The Thai side includes the Bangkok Mass Transit Authority, the Electricity Generating Authority of Thailand and King Mongkut’s University of Technology Thonburi, where the bus is being tested. 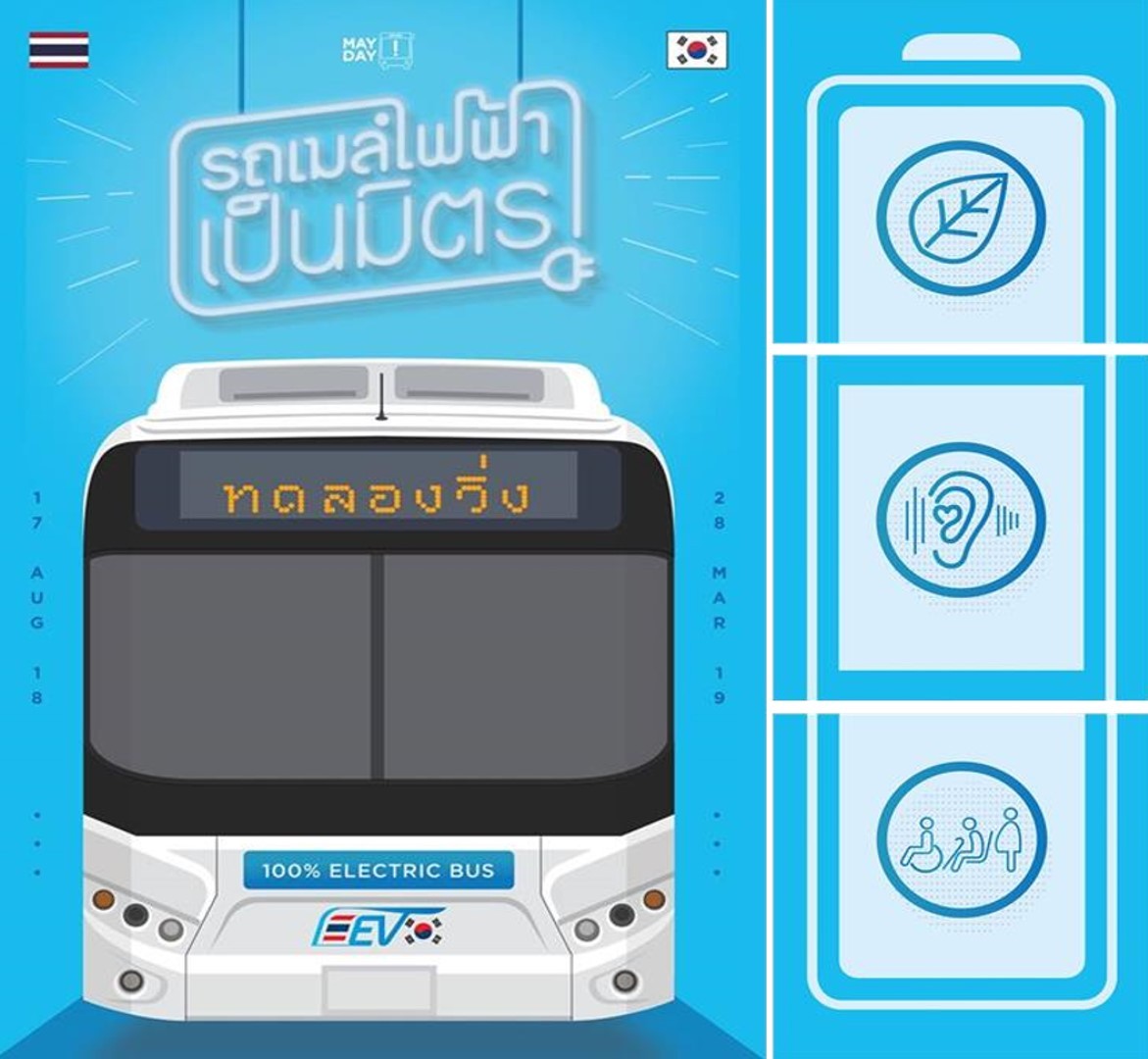 “Edison -- together with the Thai government and university -- is testing whether its bus is suitable for very hot climate and traffic congestion like Bangkok,” said Kitchanon Ruangjirakit, a lecturer in the department of mechanical engineering at King Mongkut’s University of Technology Thonburi.

“We are jointly working on traffic data collection, standards, energy consumption and battery capacity with Edison’s electric bus,” he said. They plan to share the results of their research with the Bangkok Mass Transit Authority and the Ministry of Transport there, so the government can use the information in its future electric bus procurement plans.

The pilot project, which started in August last year, is in its final phase and is slated for completion this year, according to Ruangjirakit. When complete, the bus will run 200 kilometers on a single charge. It uses an LG Chem battery.

The project, however, is only for research and not for commercial use. If Edison wants to produce electric buses in Bangkok, it has to take part in a bidding process. The Thai government plans to bid on 35 electric buses in the near future. Edison is willing to join the bidding, according to the government official.

As Thailand ramps up its efforts to curb vehicle emissions, opportunities are opening up for Korean automotive and parts makers.

“Thailand is the biggest exporter of cars (as an assembler) in the Association of Southeast Asian Nations. We have 1,000 local parts suppliers. We are ready for the next step of the automotive industry,” said Narit Therdsteerasukdi, deputy secretary-general of the Thailand Board of Investment.

He said Thailand is in the beginning stage of the EV industry and there is a long way to go. “But we believe it is the right direction in the automotive industry.” The Thai government intends to encourage its agencies to use electric vehicles in the future to create demand.

“We are also trying hard to attract Korean battery makers, LG Chem and Samsung SDI, because we would like to build a whole supply chain of electric vehicles in Thailand. Not only car assembly, but we also want to build key parts of EVs like battery and motors,” he said.

Korea has been one of Thailand’s major investors since 2010. Between 2010 and 2018, Korea invested a combined $1.8 billion in Thailand, mainly in the electronics, iron, steel and service sectors.

“Some companies like Samsung, LG, Posco and Hanwha have invested in Thailand for more than 30 years. We hope more Korean investors are coming in the near future,” Therdsteerasukdi said.