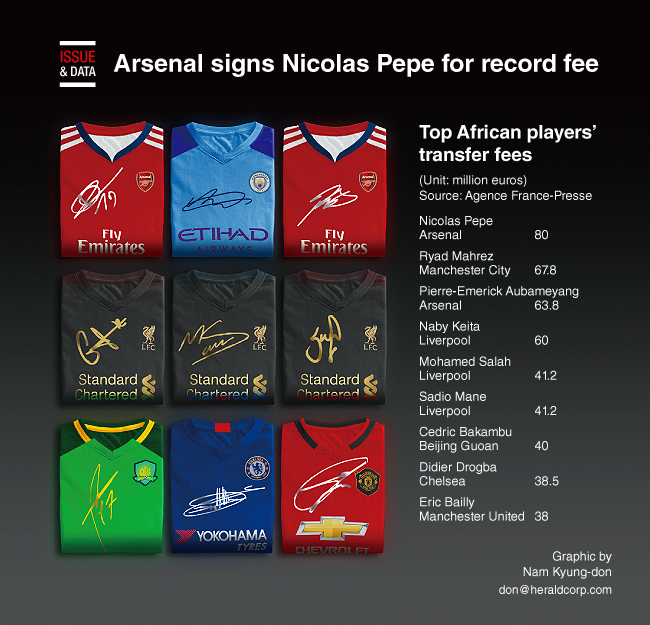 Arsenal announced the signing of winger Nicolas Pepe from French side Lille in early August for a club-record fee reported to be 80 million euros ($87 million).

The deal for the 24-year-old Ivory Coast international eclipses the 63.8 million euros spent on Pierre-Emerick Aubameyang in January 2018 as the Gunners add another attacking option to their ranks.