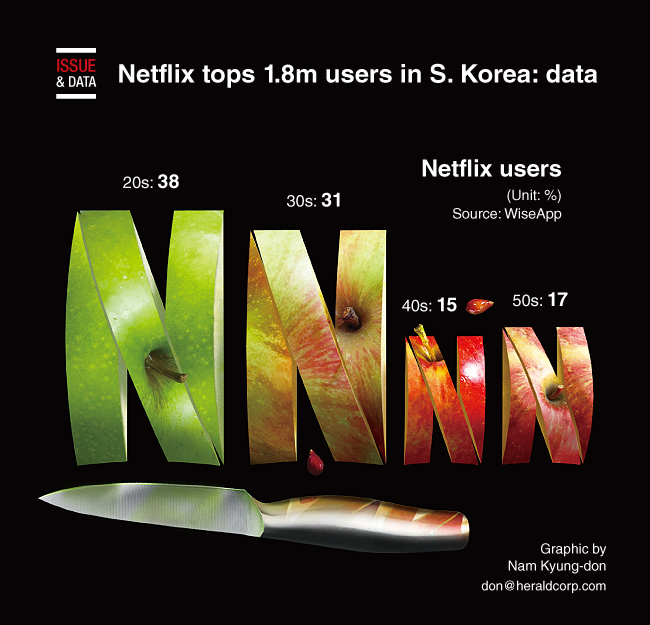 The number of South Korean users subscribing to the US video-streaming platform Netflix has nearly tripled on-year to surpass the 1.8 million mark, latest industry data showed.

Netflix is estimated to have 1.84 million paid active streaming subscribers as of June, compared with 630,000 users during the same period a year earlier, according to the data compiled by industry tracker WiseApp.