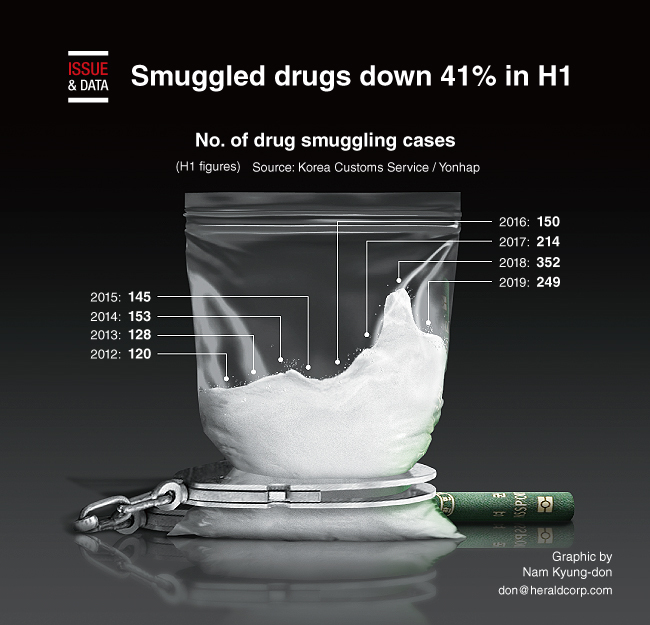 Drug smuggling detected by the South Korean authorities dropped sharply in the first half of 2019, customs data showed, although illegal attempts to smuggle drugs continue to rise.

A total of 86.8 kilograms of drugs were confiscated in the January-June period, down 41 percent from 146.9 kilograms posted a year earlier, according to the data from the Korea Customs Service.

Despite the on-year decline, the agency said the figure is still the second-highest in a decade. (Yonhap)