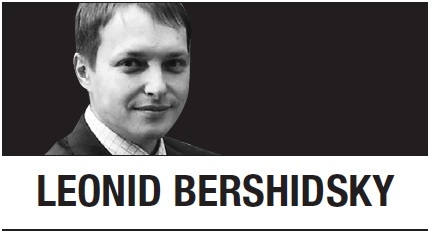 On Wednesday, Annegret Kramp-Karrenbauer, the likely successor to Chancellor Angela Merkel, took over as Germany’s defense minister. In a speech to parliament outlining her priorities, AKK, as she is known, said she would “hold fast” to the goal of increasing the country’s defense spending to 2 percent of economic output -- but that Germany would aim to attain military spending of 1.5 percent gross domestic product by 2024, when North Atlantic Treaty Organization member states agreed to hit the 2 percent target.

She should be open about dropping the goal, even though Merkel agreed to it in 2014. The targets set at NATO’s Wales summit -- 2 percent of gross domestic product on defense and 20 percent of defense expenditure on major new equipment -- are irrelevant to the alliance’s usefulness, and obsessing over them, as US President Donald Trump does, is a distraction from forming a coherent NATO strategy. For Germany, too, it makes much more sense to discuss the military’s specific needs than an arbitrary spending threshold.

Last month, Anthony Cordesman of the Washington-based Center for Strategic and International Studies laid out the arguments against the 2 percent target in a concise presentation, which Wolfgang Ischinger, the chairman of the Munich Security Conference, tweeted Wednesday, suggesting everyone should read it.

“What passes for progress reporting is progress in meeting the percentage objectives regardless of whether this is the right priority for a given country or will strengthen the Alliance,” wrote Cordesman, a former aide to US Sen. John McCain. He continued:

“Country-by-country reviews take time, involve a great deal of detail, and involve military judgments that should come from NATO commanders. NATO stands or falls, however, on the extent to which each nation provides the right forces to deter and defend, and not on the basis of what percentages its defense expenditures are as a percent of GDP. Equipment expenditures have to focus on the right mission priorities, interoperability, and the balance between readiness, force strength, and modernization. The chance that this goal should be to eventually get to precisely 2 percent of GDP and 20 percent of annual defense expenditure in any given country in any given year is negligible.”

Most of the arguments are familiar. NATO Europe already outspends Russia, considered its biggest strategic threat, by a factor of 4.5 in 2019, and it’s not clear why more effective deterrence should be linked to more expenditure. After all, NATO Europe and Canada are already spending at Cold War levels.

Despite paying out more than 2 percent of its economic output for defense purposes, the UK, for example, has smaller military forces -- with fewer personnel, main battle tanks and warships -- than in 1989, and Cordesman calls them “a hollow army.”

Most NATO members have already hit the 20 percent mark for spending on major new equipment, but it doesn’t really matter when tiny Luxembourg is the record holder with 44 percent and Germany, with its relatively large military, is at 16 percent. Though Cordesman doesn’t mention it, it’s worth pointing out that Turkey’s purchase of Russian-made S-400 antiaircraft missiles counts toward the 20 percent goal -- even if it weakens rather than strengthens the alliance.

Cordesman argues that, instead of focusing on the percentages, NATO -- and the US government -- should shift focus from percentages to adequately funding certain NATO-wide strategic priorities, such as cyber defenses, forward deterrence, the interoperability of national forces and the modernization of both conventional and nuclear forces. NATO’s centralized budget is already focused on these goals -- but it’s only about $1.8 billion this year, and much bigger national defense budgets aren’t coordinated in the same way. Instead of trying to bully its allies into spending more cash, the US should lead in promoting such coordination -- something the EU is trying to do instead.

In recent weeks, AKK mentioned several times that she backed the 2 percent goal -- without saying she thought 1.5 percent would be fine by 2024. For that, she received criticism from the Social Democrats, who are part of Merkel’s governing coalition. They accused her of pandering to Trump.

But on Wednesday, after AKK mentioned the reduced goal, Social Democratic Party of Germany Secretary-General Lars Klingbeil, who is a member of the parliament’s defense committee, tweeted that didn’t make him any happier, “A 1.5 percent budget would mean neither overarming nor adequately arming but disarming. In that case, I was wrong in recent days -- and that’s no good either.”

In other words, a number that Klingbeil would like to see lies somewhere between 1.5 percent and 2 percent of German GDP. But where exactly and why? That’s not a trivial question.

If AKK really wants to leave her mark as defense minister rather than just spend a scandal-free two years in the job before she can run for chancellor, she should try to figure out what Germany really needs to spend to make NATO stronger and meet the country’s own defense needs. Her predecessor, Ursula von der Leyen, tried to do just that -- and she’s in trouble for spending too much money on consultants. Perhaps AKK can get the answers she needs in other ways -- by consulting with NATO commanders and with European allies such as France. She mentioned European defense cooperation as one of her priorities in the speech.

As for the specific spending target, Germany is spending $10 billion more on defense this year, in constant 2015 prices, than it did in 2014. That’s 0.18 percentage points of GDP more, or 1.36 percent. It would have been honest of AKK to admit she does not know what these numbers mean for Germany’s military capability and its commitment to NATO. It’s highly unlikely that anyone does -- and that’s the real problem.